Outbursts, warnings, and confrontations are the focus of these GENERAL HOSPITAL spoilers. Maxie continues to lash out at everyone around her, Carly cautions Brad to be very careful, Ava isn’t sure about Nelle’s plan, and Mike wants Sonny to keep quiet. But it’s Jason’s search for Henrik Faison that could turn Port Charles upside down!

Maxie has already berated Sam for trying to help her as she packed up Nathan’s things, and now she’s back in the Crimson offices where Nina finds herself facing the grieving widow. “Just shut up, dammit!” Maxie shouts before flinging her phone across the room. As Nathan’s sister, Nina is also in mourning, but is there anything she can say or do to comfort Maxie during this difficult time?

Over at the Metro Court, Carly sits at a table with Brad and offers him a word of warning. “If I were you,” she cautions, “I would have serious reservations about this.” Just what is Brad planning this time? Is it another of his underhanded schemes, or is the lab tech trying to do something good for once? 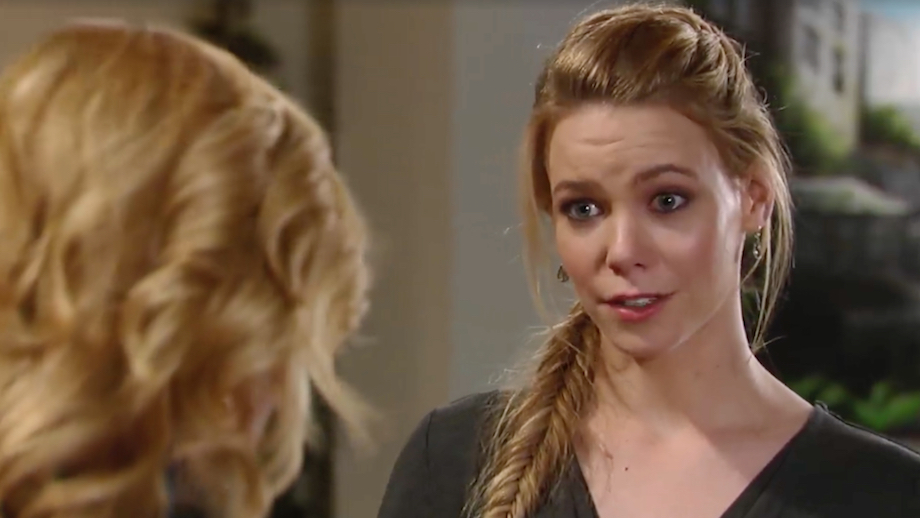 At the gallery, Nelle fills Ava in on her plan to win back her babydaddy. “When I’m finished,” she promises, “I’ll be firmly back at Michael’s side.” But Ava doesn’t look entirely convinced that the young woman’s plot will actually succeed!

In the interest of helping his father, Sonny insisted that Mike undergo a series of tests at the hospital to figure out if something is seriously wrong with him. But Mike is irritated at his son’s interference and orders him to keep quiet about all this. “Not a word to anyone,” he warns. “Understood?” But will Sonny agree to his father’s terms?

Curious about what happened at the reading of Cesar Faison’s will, Peter asks Jason for some details. “What did Faison dangle in front of you?” he wonders. As Sam looks from Peter to Jason, Jason replies: “His son.” But is Mr. Morgan closer to Henrik Faison than he realizes?

Laura Wright and Wes Ramsey Are the Cutest Couple!