As Jason’s life hangs by a thread, tensions threaten to explode in these spoilers from GENERAL HOSPITAL. Jason’s wife and his best friend are clashing, and he’s not awake to calm things down. Just how ugly will it get?

After Jason was gunned down in the firefight down at the docks, Carly was immediately at the hospital checking on his condition. Although she blames herself for pushing Sonny into leaving the business, an action that led to the Russians trying to take over and shooting Jason, Carly is willing to do anything to help her friend. Something that doesn’t sit well with his wife! “You don’t think I can take care of him?” Sam asks. 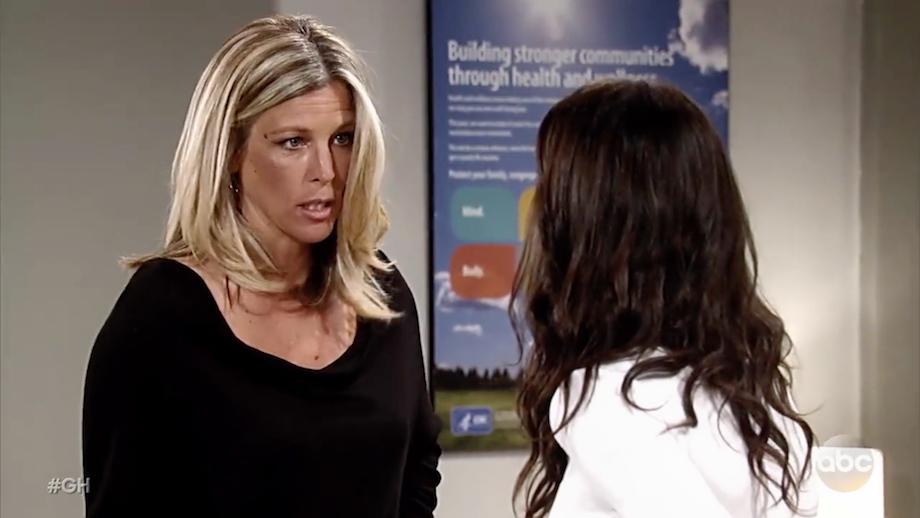 It wasn’t so long ago that Sam’s illness was giving her horrifying hallucinations and causing her to act erratically, so Carly wants to make sure that she’s behaving normally again. “You need to stop acting crazy,” she warns her. But Sam isn’t about to let anything or anyone come between her and Jason ever again. “I’m not gonna let you take Jason away from me again,” she hisses.

Carly’s eyes widen at the accusation as she struggles to figure out how to respond. Is Sam losing her grip on reality again? Or is she just emotional because she’s terrified of losing her husband? One thing’s for sure, Jason needs to wake up from his coma before things get completely out of control!

Check out this tease for this exciting week, and for more GH previews, keep reading the ABC edition of Soaps In Depth magazine!