Lies can hurt, but in these GENERAL HOSPITAL spoilers, the truth can hurt even more. Even as Alexis lies to Julian, Anna wants to come clean with Finn. And Carly is convinced that Sam will eventually return to Jason even as Sam decides it’s time to confess the truth to Drew!

Inspired by her conversation with Andre, Anna seems ready to finally face up to her feelings. “Do you have a minute?” she asks Finn. But even if she confesses her feelings for him, does Finn still return them? Because he and Alexis have been growing closer of late, and Alexis is using that fact to hurt Julian. “Finn does it for me,” she teases with a smile. But is he really buying that? 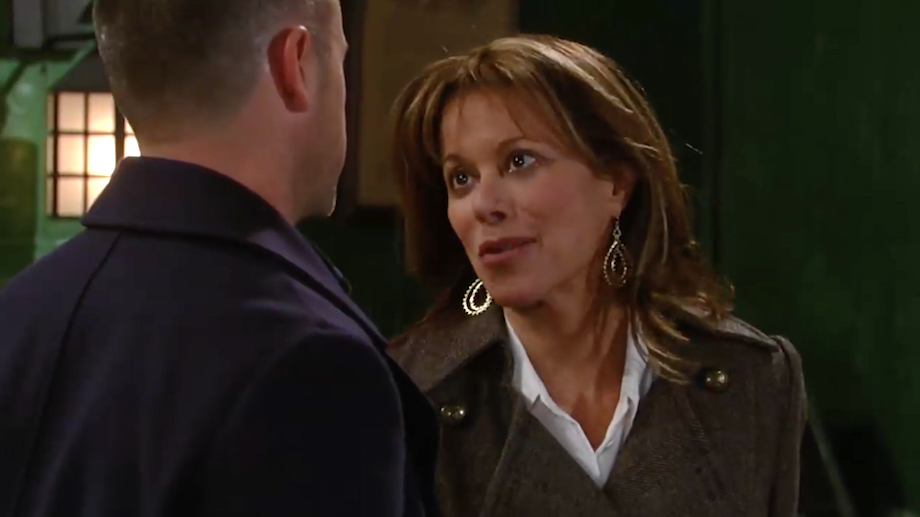 At the hospital, Sonny continues to have trouble dealing with his father. “You called me a liar,” Mike reminds his son. “And now you want me to calm down?!” Can Sonny get the situation under control?

Over at the Metro Court, Carly tries to reassure Jason that very soon all will be well in his life. “Sam just needs to admit that she belongs with you,” she declares, “and all will be right in my world.” And it looks as though Sam may be about to do just that. Now that Drew has been rescued from Jim Harvey’s death trap, a tearful Sam sits him down for a talk that could change everything. “We really need to talk,” she admits, her voice cracking with emotion. Concerned, Drew leans in and asks: “What’s up?” Is this where Sam finally tells him the truth that she still loves Jason?

Full List of Every 2018 Daytime Emmys Nominee in Every Category

Vote on a Potential Maxie/Peter Pairing in our Poll