The earthquake may be over, but the drama is just getting started in these GENERAL HOSPITAL spoilers. Anna has a mysterious visitor, Maxie lashes out, Nelle gets some bad news, and Sam makes a confession to Drew… but just how much will she reveal?

Anna and Andre are off looking for clues that could lead to her daughter with Faison, and while eating at a fancy restaurant, they are approached by a woman. “Are you Anna Devane?” she asks. Anna stops mid-sip of tea and looks up at her. “And you are?” she responds suspiciously. Might this woman have information that could lead Anna to the truth?

Maxie continues to use Peter as a sounding board, but she doesn’t seem to be in a forgiving mood. “After all the pain he’s inflicted,” she muses, “wouldn’t that be justice?” If she’s talking about Faison’s son inheriting his Huntington’s Disease, she might be surprised that she’s actually talking to him! 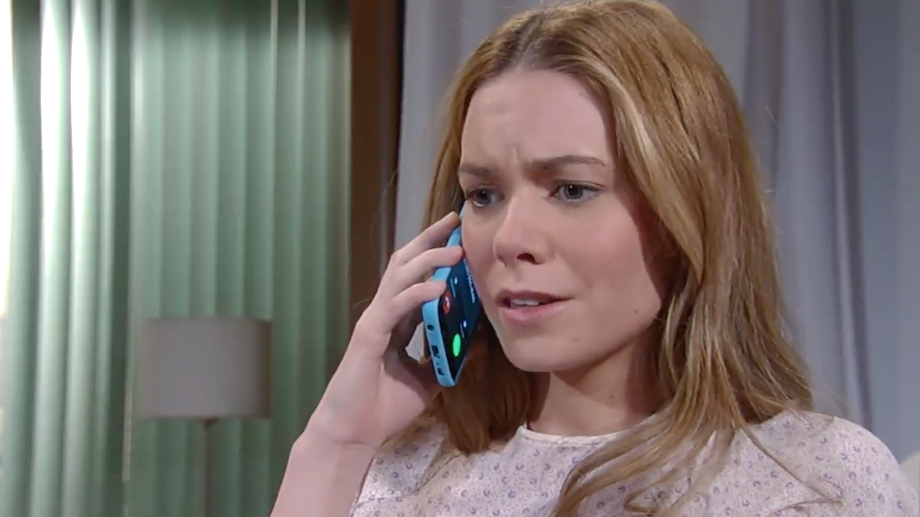 Is Nelle’s scheme falling apart around her? (Photo Credit: ABC)

Having been admitted to the hospital for observation after suffering from early contractions, Nelle gets a call that shakes her to her core! “No, that’s not possible,” she insists. “It can’t be!” Meanwhile, Jason urges Michael to listen to Carly when it comes to Nelle. “Your mom has good instincts,” he declares. “And if I were you, I’d trust ‘em.”

Safely back at home, Carly reminds Sonny that they can’t ignore Mike’s deteriorating condition any longer. “We have to deal with your father’s Alzheimer’s,” she insists. But is Sonny really ready to face the truth and everything that comes with it?

With Drew on the mend from the injuries he suffered during the quake, Sam sits by his bedside and decides she needs to tell him where she was during the disaster. “I wasn’t alone,” she confesses. “I was with Jason.” But she’s probably not going to tell him about their conversation where she finally admitted to Jason that she was still in love with him!

Maurice Benard Opens up About His “Tragic” New Storyline