It’s a race against time to save Drew and Franco’s life in these GENERAL HOSPITAL spoilers! Can Jim Harvey’s evil scheme be stopped? And even as Michael pursues a possible new relationship, Ava could be dooming her own with Griffin. Can she keep from self-destructing?

Nelle may be carrying his baby, but Michael has no feelings for her anymore. Which is why he has decided to ask Francesca out on a date. “I’m really glad you texted me,” the pretty young nurse confesses. Michael smiles and replies: “Well, I’m glad you gave me your number.” Could these two hit it off? And if they do, how will Nelle react?

Meanwhile, Nelle is continuing with her plan to destroy Carly, but Ava is starting to have second thoughts about offering her help because she’s afraid it could backfire and destroy her own life. “No matter what happens,” she insists, “I will not risk losing Griffin.” And so of course, that’s the exact moment that her beau walks into the gallery to overhear their conversation? “How would you?” Griffin asks, worried. Can Ava prove to him that she truly has turned over a new leaf, or was that never really going to happen? 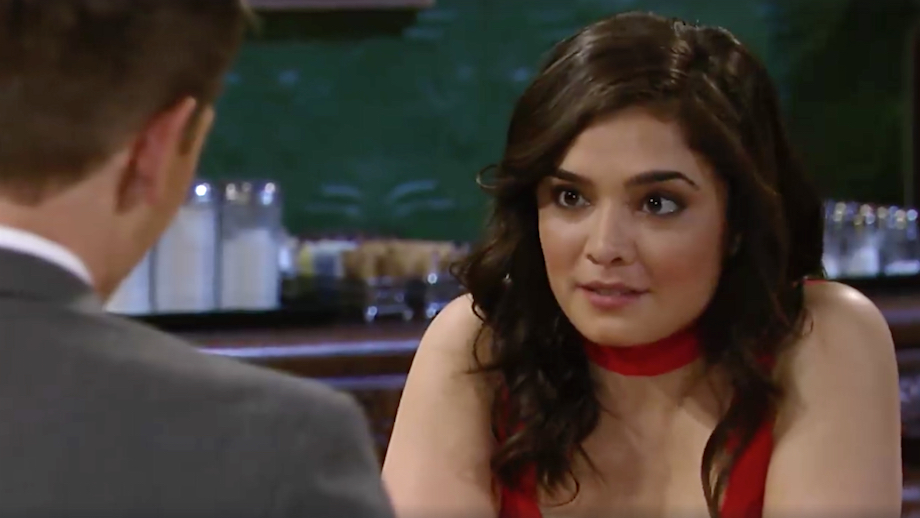 Frustrated at the slow progress by the authorities to rescue Drew and Franco from the construction site where Jim Harvey imprisoned them to die, Sam decides to take matters into her own hands. “Screw this,” she declares. “There’s another way in and I’m gonna find it.” Liz and a fireman just look on helplessly as Sam charges into the site to rescue her husband! Meanwhile, Detective Chase pays a visit to Harvey to get to the bottom of things. “I’d like to ask you some questions about Andrew Cain and Franco Baldwin,” he says. Can the developer talk his way out of this? And upstate, Curtis and Jordan’s investigation into Harvey’s private office files has been interrupted. “What the hell is that?!” Curtis asks as the duo draw their guns!

Vote on a Potential Maxie and Peter Pairing in Our Poll

Steve Burton Reveals the Secret to His Successful Marriage