It’s time for some big changes in these spoilers from GENERAL HOSPITAL. Julian’s trial takes an unexpected turn, Jason and Sam make a decision, and Carly warns Sonny things can’t continue the way they have been!

Alexis was deemed a hostile witness in Julian’s trial, so Scotty takes no prisoners when he grills her on the stand. But seeing Alexis badgered like that proves too much for Julian, who leaps to his feet to put a stop to it. “Okay, Scott!” he shouts, slamming his hands down on the table in front of him. “That’s enough! Please!”

Already having told Hayden that he didn’t want my more secrets between them, Finn was shocked to overhear her on the phone using her old name. “Why did you call yourself Rachel Berlin?” he asks, concerned. Will Hayden finally come clean with Finn and risk destroying their plans to live happily ever after as man and wife?

MUST SEE: Ryan Paevey Has Left GH… But He’ll Be Back Soon! 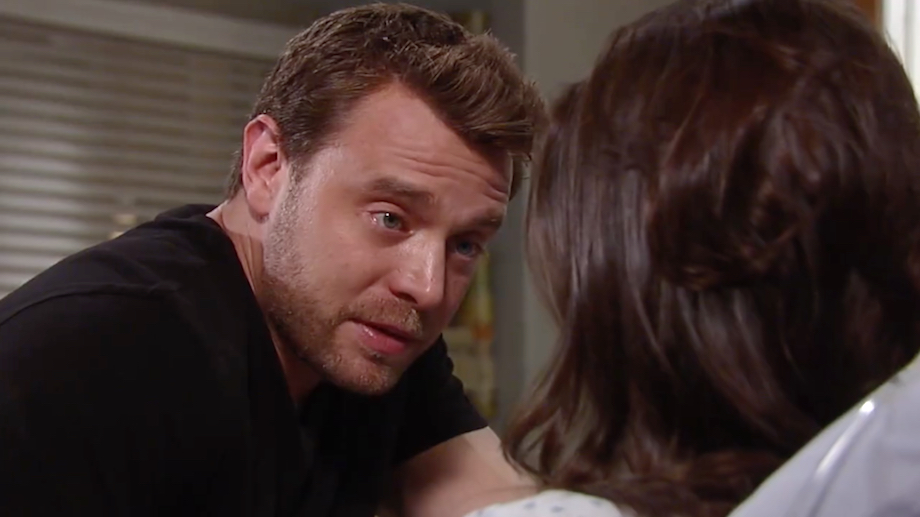 Jason has a plan, but will Sam agree to it? (Photo Credit: ABC)

Sam is still wracked with guilt over shooting Sonny and leaving him to die while in her delusional state, but Jason wants to put the whole thing behind them. “So can we agree this is the best solution?” he asks his wife. But will Sam agree to what he’s proposing? Because at the police station, Nathan warns Dante they’ve got work to do. “Jordan’s on our case to close the book on your father’s shooting,” he informs his partner. How long can Sam’s loved ones protect her?

It looks like Sonny is about ready to be discharged from the hospital after recovering from his injuries, but Carly refuses to let things to go back to the way they were. “I’m ready for things to change,” she declares firmly. Standing on his own with the help of a cane, Sonny weakly promises: “They will.” But Carly isn’t completely convinced. “You sure about that?” she asks, staring him down. When Carly gets like this, it’s easier to let her have her own way!

Drew Cheetwood Is Back on GH as Magic Milo!

Who Plays Dr. Bensch on GH?

Steve Burton Reveals the Secrets Behind His Surprising Return to GH!