Two couples find themselves at a crossroads in these spoilers from GENERAL HOSPITAL!

Sonny and Carly were hit hard by the death of their son, Morgan, and their marriage never fully recovered. Jax saving Josslyn’s life by arranging to buy a kidney brought Nelle into all of their lives, and the troubled young woman’s quest for revenge against Carly led her to make Sonny think they’d slept together! Unfortunately by the time Nelle realized she’d been wrong about Carly, it was too late — the damage had already been done. And when Sonny realized he’d never had sex with Nelle, he hoped the truth would help Carly take him back only to find out that she’d already slept with Jax!

Carly doesn’t seem interested in forgiving Sonny, warning, “There will be consequences.” Now that the truth has finally been revealed and everybody is on the same page, can these two finally begin to work towards reconciling? Their love is so combustible it often leads to them hurting each other, so maybe this time the damage is irreparable? 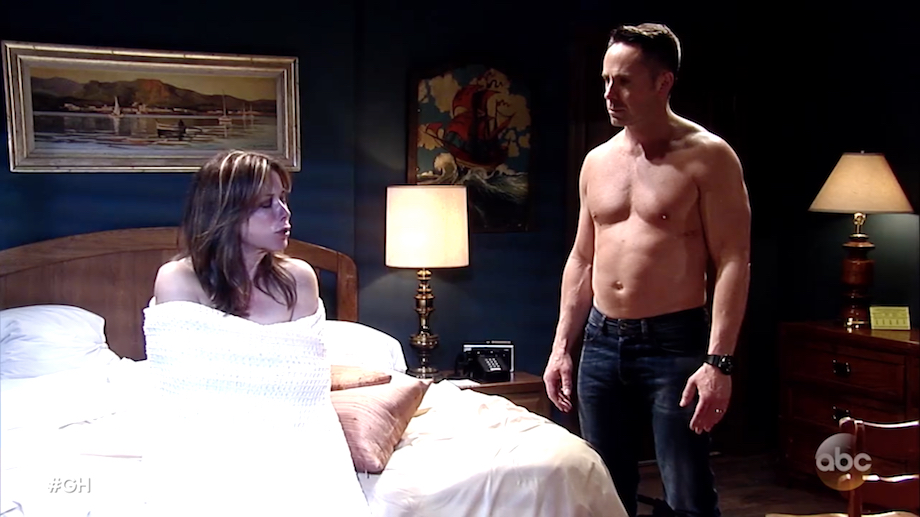 Alexis couldn’t resist her feelings for Julian despite his criminal past, but made him agree to give up the mob before she would let him put a ring on it. Unfortunately, she was devastated to learn that he was still being a very bad boy. Especially when he held a knife to her throat and threatened to kill her! After learning that his recent crimes had been the result of his psycho sis Olivia forcing his hand, Alexis was devastated when he appeared to fall to his death off of a bridge.

But she remained convinced that Julian wasn’t dead and now that he has revealed himself to her, Alexis has a major decision to make about their future together. “Just give me tonight,” Julian begs. But with her lover on the run from the cops, will Alexis give in to her desires? “My feelings for you are so powerful,” she confesses, her voice cracking. Can love overcome the obstacles they face?

MUST SEE: How to Watch the 2017 Daytime Emmys Ceremony!

Check out this tease for all the emotional drama to come this week, and for more GH previews, keep reading the ABC edition of Soaps In Depth magazine!

Are both relationships too far gone to repair? #GH pic.twitter.com/6hk57eCbvg