Jason is fighting for his life and his loved ones may be giving up hope in these spoilers from GENERAL HOSPITAL! And while Nelle’s future may be in jeopardy as well, Franco finds his past called into question as a new mystery begins to unfold.

In Morocco, Dillon enters Nina’s tent and she begs him: “Tell me you found the necklace!” But Dillon’s nervous face betrays the fact that they haven’t yet. And while Nina may have insisted that until they find the stolen jewelry, everyone is a suspect, Nelle is convinced that all fingers are pointing to her. “Everyone probably thinks I stashed it somewhere,” she complains to Michael. He frowns and replies: “Can you really blame them?” Are the cracks already starting to show in Nelle and Michael’s budding relationship?

Speaking of jewels, Anna continues to dig around for more information on the gem that Emma said Spencer gave her. “What’s so important about that diamond?” Finn asks her. Will Anna confide in Finn in the hopes that he might be able to help her uncover dirt on Valentin? They might make a good team! 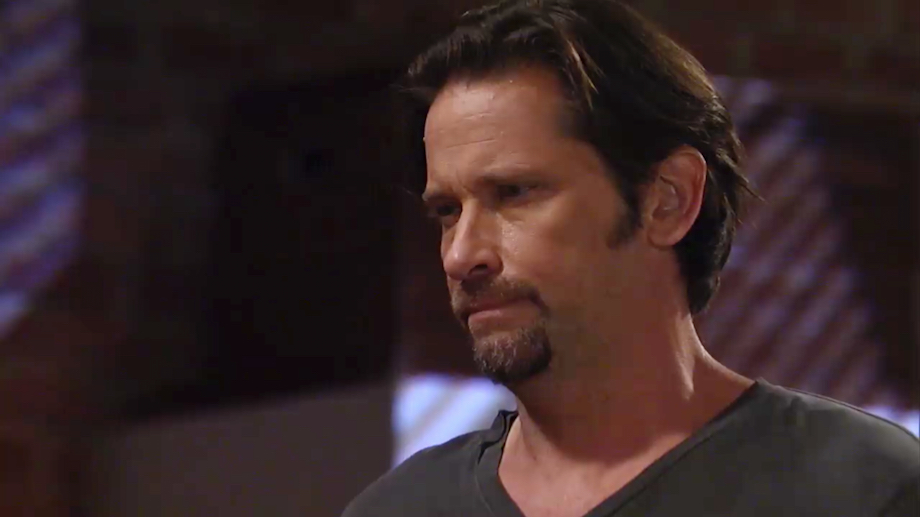 Franco must face a secret from his past! (Photo Credit: ABC)

Jake already said he liked the painting that Franco did of himself and his imaginary childhood friend, but now the kid is intrigued by a photo of Franco as a child with another little boy. “Who’s the other kid?” Jake asks, curious. Franco has been trying to put his past behind him, but it just keeps cropping up. Perhaps facing it head-on is the way to go?

After Sonny’s attempt to retire from the business led to Jason being shot point blank in the chest, Alexis and Diane catch up on the latest news and discuss the situation. “You don’t think Sonny can go legit?” Diane asks her pal. And at the hospital, Jason is in surgery while his family and friends wait for news on his condition. “What if this is the first time his luck runs out?” Sonny suggests, nervous. Carly looks on the verge of tears but they are interrupted by Sam who walks over to them and insists: “Please, would you both just stop?” Emotions are running high and things may be said that can’t be taken back!

Lisa LoCicero and Wally Kurth Reveal What’s Next for Olivia and Ned!