There are big changes happening in Port Charles, but in these spoilers from GENERAL HOSPITAL, things may not go exactly according to plan. New relationships are developing, while others are put to rest — possibly forever — and Sonny attempts to make a huge change to his life. But is that even possible at this point?

After Griffin helped protect her from the press and photographers at her brother’s trial, Ava is grateful but still wary of the doc’s affection for her. “Is it so hard to believe that I care about you?” he asks her. “Or that anyone would?” From behind her burn mask, Ava looks absolutely terrified at the prospect of letting anyone get close to her again. Can Griffin convince her to open her heart?

Franco and Liz are finally ready to start a life together, and she has invited him to move into her home with her children. “No second thoughts,” Franco says with a smile. Are they really ready to take this step in their relationship? Can Franco really make a fresh start?

MUST SEE: The Tweet That Had Fans Convinced Michelle Stafford Was Leaving GH! 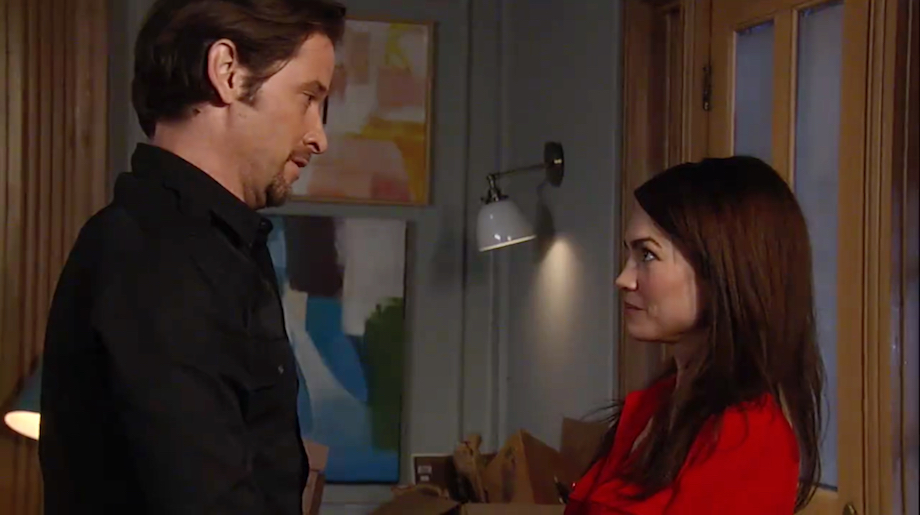 MUST SEE: Carolyn Hennesy Has an Exciting New Role!

Now that Julian has been sentenced to 20 years in prison, Alexis has made a vow to forget him and move on with her life. But first, she has to fill Sam in on her father’s fate. “I need to talk to you about Julian,” Alexis tells her daughter. How will Sam react to the news? Meanwhile, over at the Metro Court, Scott shares the news with Carly, who responds: “Wow, that bastard finally got what he deserved.”

Valerie was happy to go out with Kristina but as she sits in the bar and looks around at the other patrons, she begins to realize exactly what’s going on. “Did you bring me to ‘Lesbian Night’ at The Floating Rib?” Valerie asks, startled. Is Kristina just looking for a wingman as she looks for a date, or could this be something more?

Sonny has promised Carly that he would get out of the business, and is making a detailed plan that will ensure the safety of his family and loved ones once he has divested himself of his questionable holdings. But as Jason listens to Sonny’s plan, he’s skeptical that this is going to go off without a hitch. “Do you really think you can pull this off?” he asks.