The drama is heating up in these GENERAL HOSPITAL spoilers. Brad confronts Julian, Ava worries it’s over with Griffin, Nelle’s plan to gaslight Carly seems to be working, and Sonny is desperate to save his father!

Brad and Lucas are excited to be adopting a baby, but when the expectant mother wants to know more about their family histories before agreeing, that could cause some trouble. Brad, in particular, is afraid that Lucas’ father could be a problem, so he heads over to Charlie’s to give Julian a warning. “You won’t be a part of our child’s life,” Brad informs him. Will Julian argue or just step aside so his criminal past doesn’t keep his son and his husband from adopting?

After Ava finally confessed to Griffin that she loves him, it doesn’t seem like she gets the reaction she was hoping for from her beau. “Are you breaking up with me?” she asks, worried. Just what kind of future do Griffin and Ava have together? 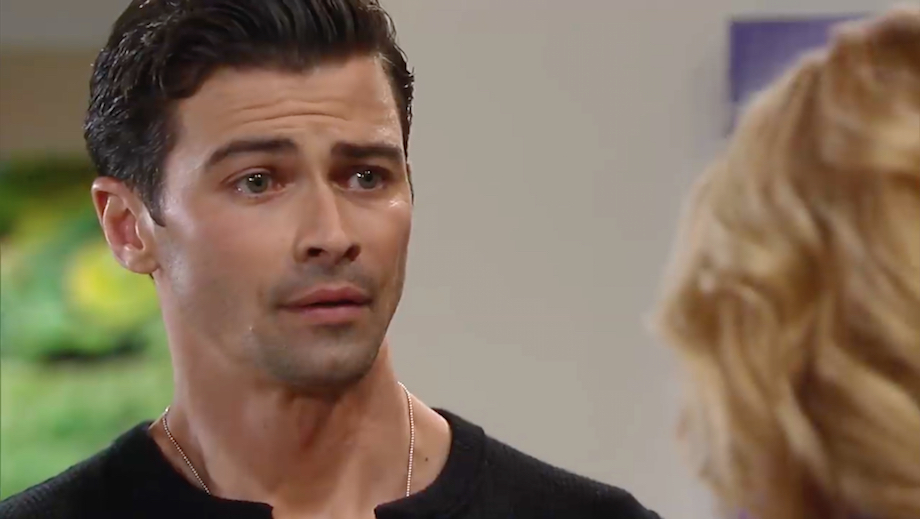 Are Griffin and Ava ever going to be on the same page? (Photo Credit: ABC)

Josslyn is also a little taken aback when she learns that her brother might be reuniting with his ex. “There’s a chance that you and Michael could get back together?” Joss inquires as she sits across the table from a grinning Nelle. And it appears that the young woman’s scheme to torment Carly with mysterious phone calls is having the desired effect. Having tracked the calls to a phone booth on the highway near where Morgan was killed in the car explosion, Carly gets desperate. “I need to figure out what the hell is going on!” she insists to Dante. But how well has Nelle covered her tracks?

At the police station, Sonny is upset to learn that after his arrest, Mike won’t be allowed to leave tonight. “He’s confused,” Sonny barks at Chase. “He’s sick. You can’t do this to him!” Will explaining Mike’s Alzheimer’s make the new detective change his mind? Or is Chase going to get off on the wrong foot with Sonny?

Check out this teaser for today’s dramatic episode, and for more GH previews, keep reading the ABC edition of Soaps In Depth magazine!