Nathan isn’t the only one who has died this week, and in these GENERAL HOSPITAL spoilers, it may not stop there! Carly tries to warn Michael about Nelle, Drew turns to Liz, Jason breaks the news about Faison to Sam, and Kevin is up to something!

At the Metro Court, Carly has some news for Michael. “This is my way of telling you,” she warns, “that I found out something about Nelle.” What other secrets could the young woman be hiding? Meanwhile, Josslyn is confused when Nelle approaches her table to make nice. “We’re practically sisters,” Nelle insists with a sly smile. 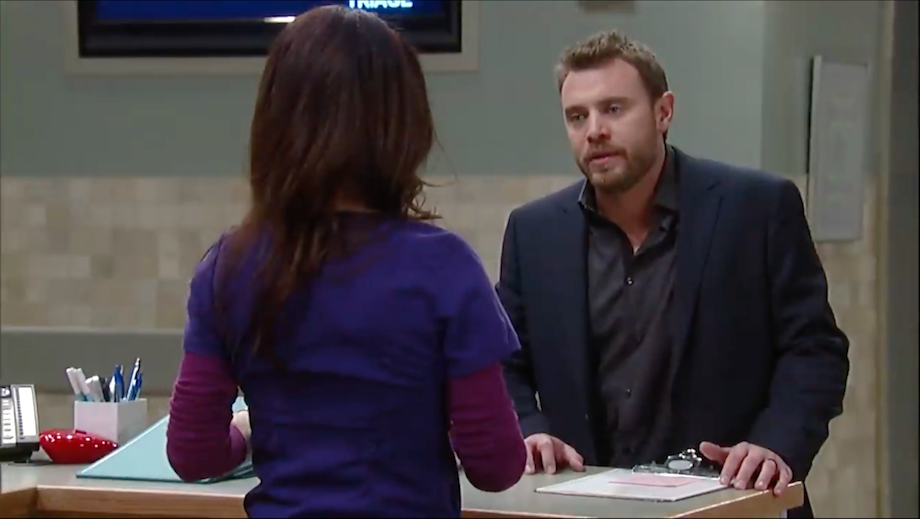 What can Liz do to help Drew? (Photo Credit: ABC)

Fearing he’s hit a dead end in his investigation into his missing memories, Drew turns to Elizabeth. “I need your help,” he begs. But what, exactly, does he need from her? Elsewhere in the hospital, Jason informs Sam: “Faison’s dead.” With the villain’s demise, will Drew and Jason still be able to figure out the identity of his son, Heinrich, and learn the truth about what happened to them? Meanwhile, over at Sonny’s, Anna finishes her conversation with him by getting to her feet and storming off. “The hell we’re done with this!” Sonny calls out after her.

Over at Kelly’s, Franco sits down with his dad and mentions talking to Kevin, which causes Scott to shove a finger in his son’s face and yell: “If you think you’re crazy, you have got nothing on Kevin Collins!” And at the hospital, a doctor removes his face mask to tell Kevin, “You got what you came for.” Kevin looks down at the glass jar in his hands with a slight smile creeping across his face. What’s in the jar, and what could he be up to?

Don’t miss this tease for today’s mysterious episode, and for more GH previews, keep reading the ABC edition of Soaps In Depth magazine!

“If you think you’re crazy… you have got NOTHING on Kevin Collins!” #GH pic.twitter.com/IFDZNcsAoP

Ryan Paevey Speaks Out on His GH Exit

Kirsten Storms Shares PIcs of the New Man in Her Life