In the aftermath of the devastating earthquake, lives are in danger in these GENERAL HOSPITAL spoilers! Franco remains trapped under debris and the Mike may not be able to help him. And with Nelle and Carly trapped together, Michael worries about the mother of his child! But it’s the young teens trapped in the freezer who may be in the most jeopardy!

Having left Franco at the construction site to go for help, Mike runs into Sam and Jason. “You said somebody was trapped?” Jason asks carefully as Mike nods in response. “Who, and where?” Will Mike’s Alzheimer’s prevent him from giving Jason the crucial information that could save Franco in time? Meanwhile, Liz remains at the chapel hoping that Franco will eventually show up. “I feel you are doing everything you can to get back to me,” she declares. And Franco is happy when someone shows up at the construction site, barking: “What took you so long?” But who is it, and are they really there to help him? 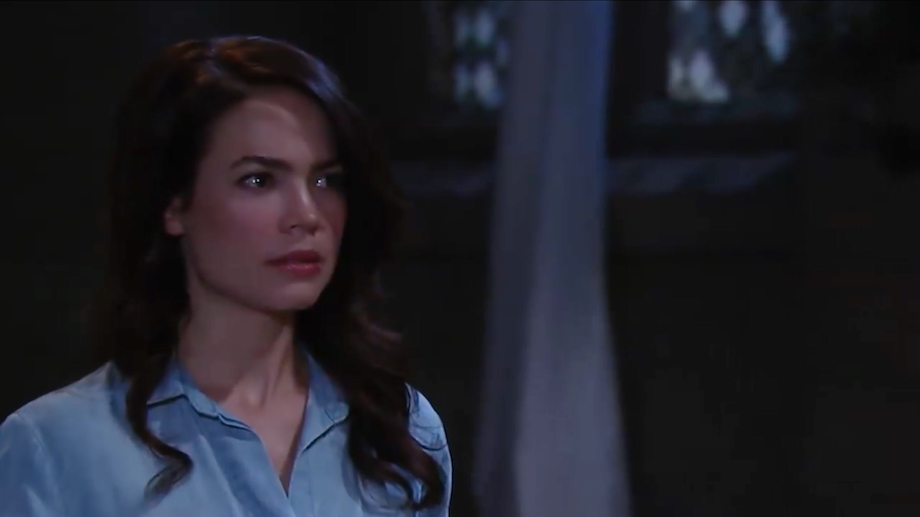 Liz is confident that Franco will return to her. (Photo Credit: ABC)

Sonny rushed his son to the hospital to get checked out after he suffered a head injury in the quake, but Michael can’t stop thinking about his own child. “I need to find out about Nelle and the baby!” he insists to his father. It turns out that Nelle is at the gallery with Carly, of all people, and things could be getting interesting! “I think I just felt a contraction,” Nelle reveals, holding her baby bump. Could the baby really be in danger or is this just another of Nelle’s manipulations?

At the Floating Rib, Kim and Drew finally get inside the freezer where they find Josslyn and Oscar unconscious on the floor. “Are they okay?” Drew asks as Kim rushes to them. Dr. Nero checks the teens out and announces: “No, they’re not.” How serious are their injuries?