Hurricane Harvey has devastated the South, and organizations from all over are gathering donations to help the survivors rebuild their lives. And a group of GENERAL HOSPITAL stars will be manning the phone banks at KABC in Glendale, CA, all day on Thursday, Aug. 31, taking calls on behalf of the Red Cross as part of ABC’s “Day of Giving.” 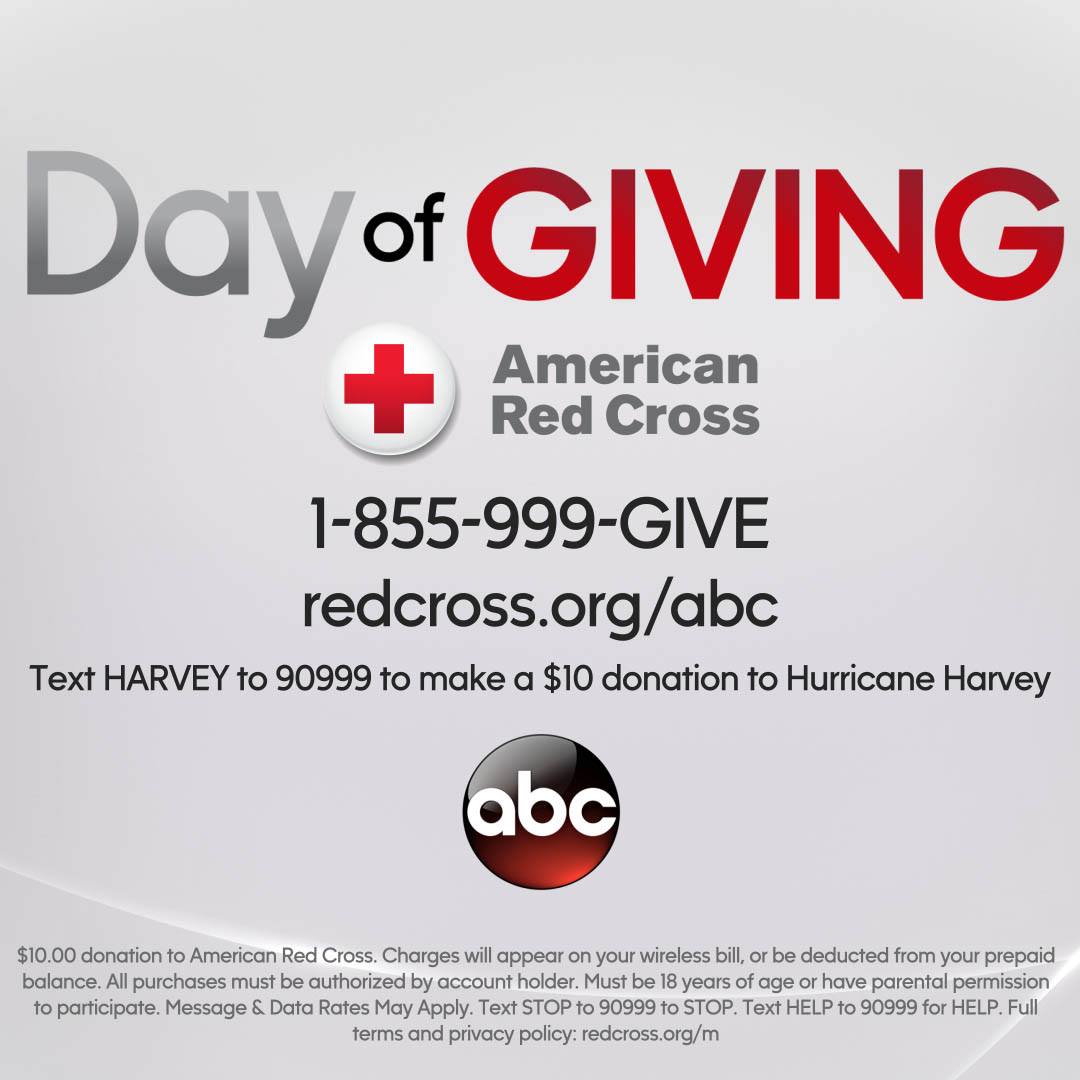 The phone lines will be open from 4:30 a.m. to 8 p.m. Pacific Time, and the GH stars scheduled to be volunteering from 3 p.m. to 6:30 p.m. Donations can also be made at www.redcross.org/abc or via text message by texting the word HARVEY to 90999 to make a $10 donation. Our hearts go out to those affected by this disaster and hope that everyone who is able finds a way to help in some way.