The return of Steve Burton to GENERAL HOSPITAL sparked an incredible new storyline, but also a massive war between fans! Some viewers were thrilled to have Burton back as Jason Morgan, but others were upset that Billy Miller, who had been playing Jason for years, was now revealed to be his twin brother, Andrew Cain. And Kelly Monaco’s Sam has been caught in the middle of it with fans tearing her apart on social media for not immediately dumping Drew to reunite with Jason. But Burton has taken to Twitter to ask his fans to stop bashing his co-stars.

“Please stop,” Burton posted. “There is no ill will with Kelly or Billy. We are a team of actors telling a story. We are a team delivering the story we are given. No hate. No fan wars. We are one.” 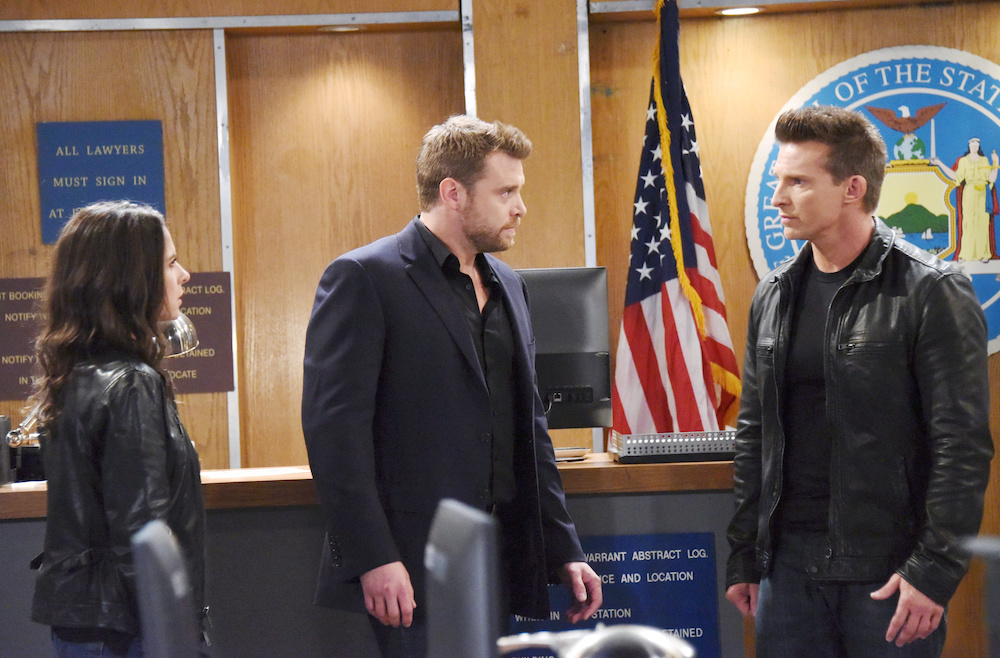 Sam can’t have both men, but viewers can! (Photo Credit: XJJohnson/jpistudios.com)

With some fans crossing the line from posting negative comments about the characters to negative comments about the actors playing them, things have gotten a little out of hand. It began when Burton returned to GH, and Miller reportedly signed a new contract with the soap. And as the reveal of which man is the real Jason Morgan was getting ready to be revealed at the end of November, fans made their own opinions known in a big way. Unfortunately, that also meant that some of the online comments got a little ugly.

Because Miller has no social media accounts, he joined Monaco in sharing a special message with viewers at the time. “Hey GH fans,” the actress posted to her Instagram. “#Killy appreciates any love but never bullying. We respect our coworkers. Please do the same.” She also added the hashtags “#choosekindness” and “#killywithkindness.”

They also shared a cute little animation on Twitter as they reiterated their message. “Hey, GH fans,” Monaco wrote. “Maybe you didn’t hear us. We #choosekindness. Billy Miller and I appreciate any support, but not at the expense of our co-stars. Let’s all play nice.”

Hey @GeneralHospital fans, maybe you didn’t hear us. We #choosekindness. #billymiller and I appreciate any support but not at the expense of our costars. #killywithkindness #HappyThanksgiving #let’sallplaynice #gh pic.twitter.com/raSPWBawPo

Here at Soaps In Depth, we have been saying that there is room in Port Charles for both of the talented actors, and we can’t wait to see what happens next for Jason and Drew and Sam. Hopefully other viewers can learn to feel the same and just watch and enjoy the soap that they love without resorting to ugly comments online.

The Most Unexpected Soap Comings and Goings of 2017!