The Internet has exploded with soap fans reacting to the news that Genie Francis has been bumped to recurring status at GENERAL HOSPITAL! The actress debuted in the role of Laura Webber back in 1977 and has become a daytime icon over the years. Viewers have been blasting the soap and executive producer Frank Valentini for the decision. Francis’ agent, Arthur Toretzky, confirmed to Entertainment Weekly that she has been dropped to recurring status with the soap. GH declined to extend her contract another year but left things open in case she wanted to return. But Torezky said that a return would depend on the storyline and the timing.

Francis joined the cast of GH as Laura in 1977, taking over for pre-teen actress Stacey Baldwin, who played the character from 1974-76. Francis’ pairing with Kin Shriner’s Scotty Baldwin was popular, but it was her subsequent romance with Anthony Geary’s Luke Spencer that sent them into legendary supercouple status. She was nominated for Outstanding Lead Actress in 1997 and took home the Daytime Emmy Award for Outstanding Supporting Actress in 2007. 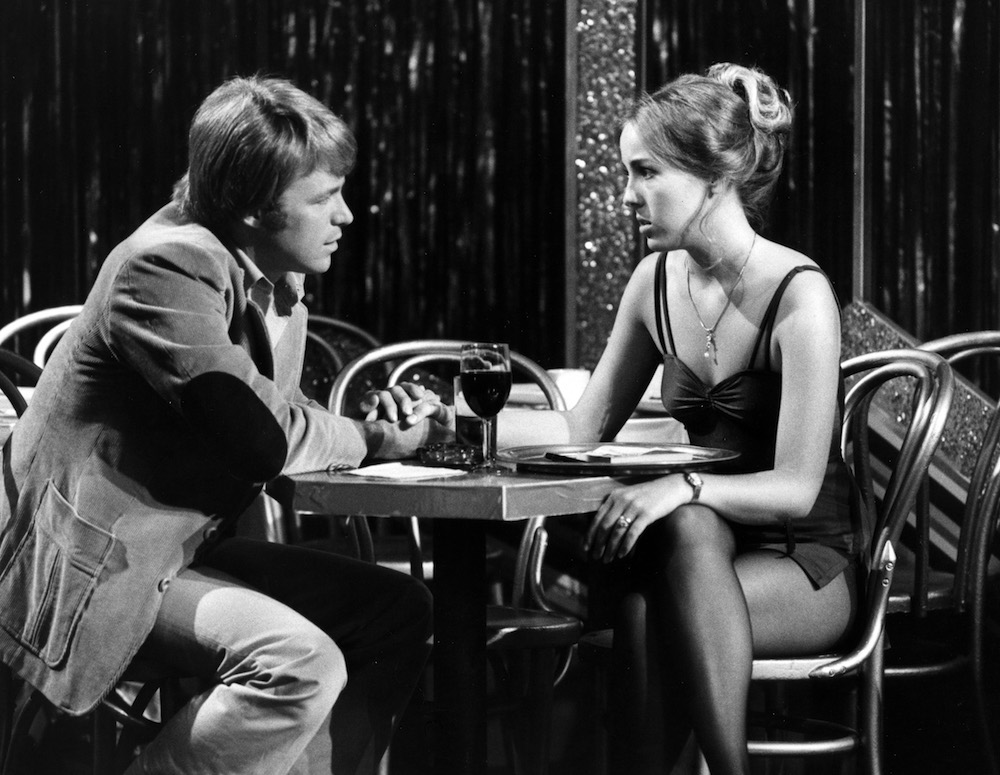 Scotty and Laura at the disco in 1979. (Photo Credit: ABC Photo Archives/ABC via Getty Images)

Francis left GH in 1982, although she returned for brief stints in 1983 and again in 1984. In 1993, Laura returned with Luke and their son, Lucky, for a high-profile storyline. However, she departed once more in 2002, returning in 2006 for a brief appearance as part of the soap’s celebration of Luke and Laura’s 25th wedding anniversary. After returns in 2008 and 2013, Francis reprised her iconic role in 2015 as part of the storyline surrounding Luke’s departure and Geary’s retirement and has remained ever since.

In recent episodes, Laura found romance with Kevin Collins and the two were married, but her subsequent run for mayor of Port Charles came to an abrupt end when she stepped down to instead go to France to care for her injured grandson, Spencer. So what looked like a big storyline for the character has instead seen Laura written off the canvas, and fans are not happy about it.

I’ve watched #GH for 51 years. I’ve always felt that the heart and soul of the show passed from Steve Hardy to Laura. The utter disrespect shown toward Genie Francis may cause me to say “I’m done.” Fix this @valentinifrank @nathanvarni @ABC_Publicity @ABCNetwork #TimesUpGH pic.twitter.com/ZXVMgESavq

Although Francis is now technically on recurring status with GH, even recurring characters can appear frequently on the show, so this isn’t necessarily the end for Laura. But concerned fans have already launched a petition to keep Francis on contract at Change.org, and are urging everyone to call the GH Comment Line at 323-671-4583 to express their complaints about this decision.

As this is a developing story, we will continue to bring you updates as new information becomes available. And for more GH casting news, keep reading the ABC edition of Soaps In Depth magazine!

The Many Women in Sonny’s Life

Steve Burton’s Youngest Daughter Is So Cute We Can’t Take It!