Georgie isn’t just the name of Maxie’s daughter on GENERAL HOSPITAL, it is also the name of her dearly departed sister, who occasionally pays ghostly visits. Newer viewers might not be familiar with the character, so let us fill you in on the young woman’s history in Port Charles that came to an end with her tragic murder. After a series of child actresses, Lindze Letherman took over the role of a teenage Georgie in 2002 and played the role until she was killed off in 2007, though she has made the occasional visit from beyond the grave.

Georgianna Jones was born in March of 1995 to Felicia Jones, though the mom wasn’t sure if Frisco or Mac was her baby’s father. A DNA test revealed that Frisco was the babydaddy, but his world traveling meant he wasn’t around to raise his daughters, and both Maxie and Georgie grew up with Mac as their dad. Georgie was kidnapped as an infant by the psychotic Ryan Chamberlin, but she was thankfully rescued unharmed.

Compared to her sister, Maxie, Georgie was the sensible one, but she tried to break out of that mold and recruited Dillon Quartermaine to be her fake boyfriend. That relationship soon became real, and Georgie and Dillon began dating much to the chagrin of Mac, who thought Dillon was a bad influence on her. But the couple’s bond was strong — they survived Dillon sleeping with Sage, and even a killer on the loose in the Quartermaine mansion! When a deadly virus struck Port Charles and left Dillon on his deathbed, his dying wish was to marry Georgie. But after Dillon got better, the newlyweds found married life difficult. Tracy cut off Dillon’s finances and the stress of work and school took their toll. 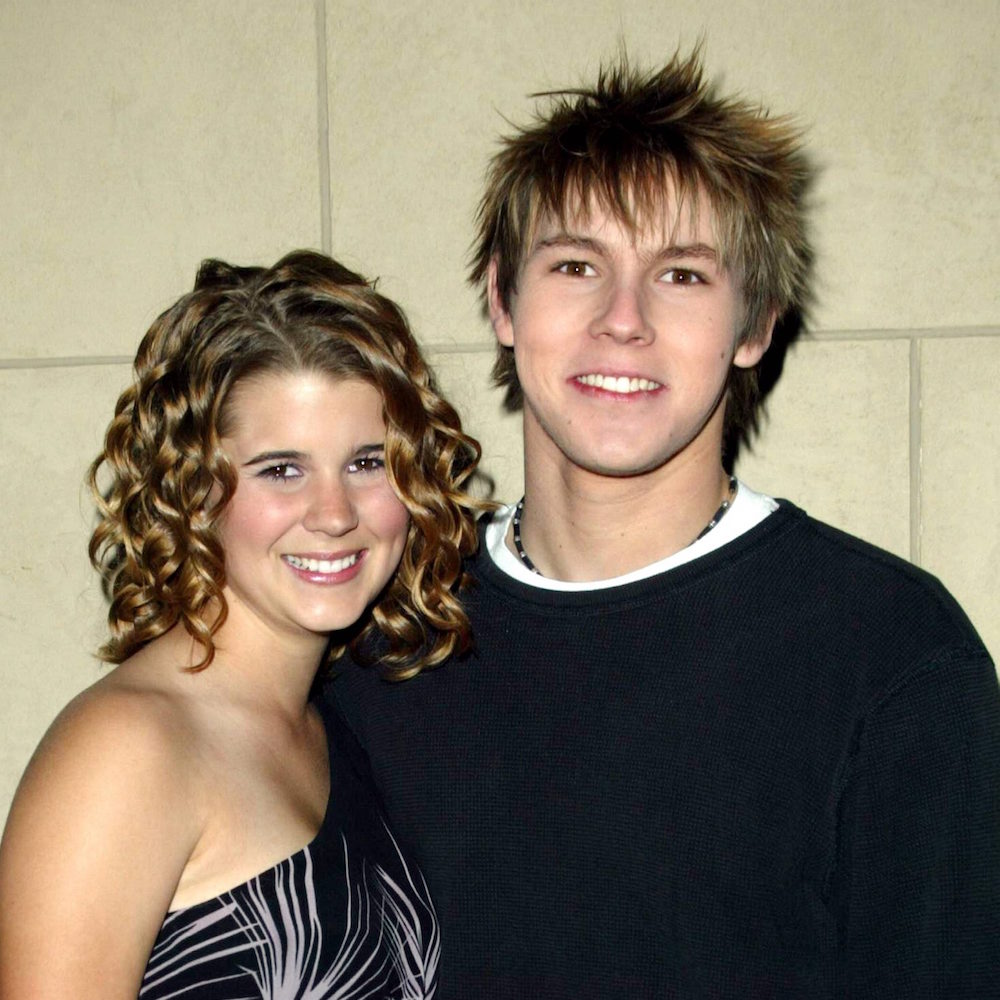 Georgie could see past the hair to the Dillon inside. (Photo Credit: Jill Johnson/JPI)

Things got worse when Lulu Spencer set her sights on Dillon and schemed with Diego Sanchez Alcazar to split them up. Diego was happy to help because he wanted Georgie for himself. Lulu lied that she’d seen Diego and Georgie in bed together, and Dillon believed her. He took revenge on Georgie by sleeping with Lulu, who got pregnant. Dillon was devastated when Lulu chose to have an abortion, and eventually reconciled with Georgie. Unfortunately, the spark was gone from their relationship, and Dillon left to pursue a film career in California.

After being single for a while, Georgie developed a crush on Damian Spinelli. When Dillon came home for Emily Quartermaine’s funeral, Georgie told him she’d met someone else, but didn’t name Spinelli. When Maxie was almost killed and received a message from the Text Message Killer, Georgie feared for her sister’s life and suspected Maxie’s boyfriend, Cooper, of being the serial murderer. She teamed up with Spinelli to try and uncover the truth, but was strangled to death on Dec. 17, 2007, as the third victim of the Text Message Killer. It was later revealed that the murderer was really Diego, who had meant to kill Maxie, but Georgie intercepted the text and was in the wrong place at the wrong time. 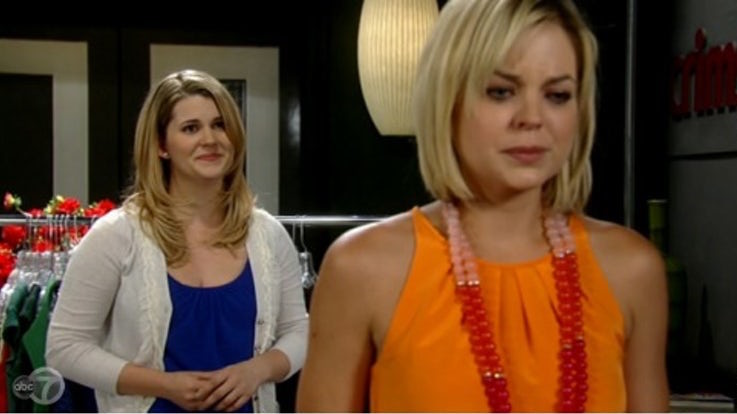 Georgie urged Maxie to tell the truth about her baby. (Photo Credit: ABC)

Georgie’s spirit has returned to visit Maxie on numerous occasions since her death. In 2010, she appeared to Maxie as she battled pneumonia and urged her to fight for her life. In 2013, Georgie paid a visit to remind Maxie that she’s watching over her and warned her about the secret she was keeping about the baby she was carrying for Lulu and Dante (that was really hers and Spinelli’s!). Later that year, as Maxie’s life hung in the balance following the emergency birth of her baby, Georgie showed her sister what she would miss out on if she died. And in December, Georgie tried to speak to Maxie to stop her from killing herself, and when she wasn’t heard, managed to push Robin to intervene. And now, on Feb. 9, 2018, Georgie appeared again to be with her sister as she mourned the death of her husband, Nathan. Georgie will always be watching over Maxie, and now, so will Nathan.

What Happened to Nathan on GH?

The Entire Dramatic History of Robin on GH