Ever since Hayden Barnes skipped town in September of 2017, fans have been eagerly awaiting news of the return of Rebecca Budig to the role. The last viewers saw of her, she was writing Finn a letter apologizing for jilting him at the altar and disappearing. And while she also claimed to have lost their baby, it was clear that she was still very much pregnant! So fans have been eager for her to come back to Port Charles so Finn can learn that he’s a daddy, but ABC executive Nathan Varni admitted in an interview with “Daytime After Dark” on Blog Spot Radio that it’s not in the immediate future.

“I think it’s definitely a possibility,” he allowed. “As you know, we left Hayden telling Finn she lost the baby but the reality of the situation was that she did not lose the baby. So I think with that cliffhanger, there’s definitely room to perhaps one day play that again.

“Obviously no guarantees,” Varni continued, “but I think the writers did a good job of kind of tying that story up and leaving a lot to be desired and that could be a potential obstacle down the road for Finn and kind of a big surprise. So we’ll have to see. But I think it’ll be a while as we’re not quite yet to that point where we’re ready to return Hayden to the canvas.” 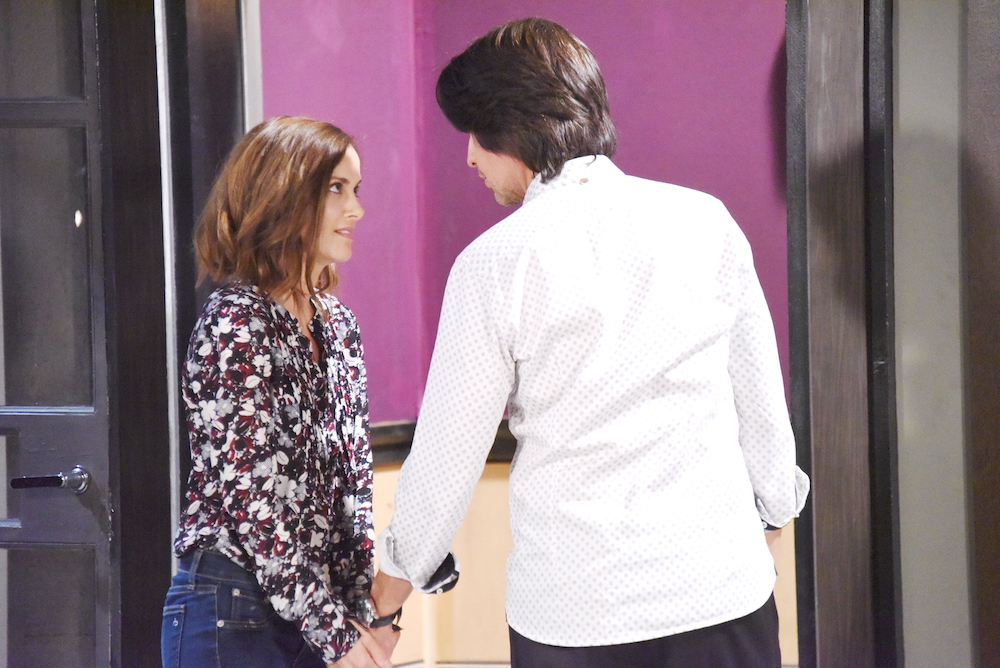 In fact, some fans have been so eager to have Budig back on GH that they’ve been imagining possible storylines for her including one where Hayden’s child is the one that Brad and Lucas are planning to adopt! Of course, in daytime, anything is possible.

Budig first found fame in daytime as Michelle Bauer on CBS soap GUIDING LIGHT, but her biggest role was as Greenlee Smythe on ALL MY CHILDREN. And in a recent Instagram pic she shared, the actress was reunited with former Pine Valley castmate Cameron Mathison (Ryan) in California.

Budig is still in touch with her old co-stars as she lives her home life with husband Michael Benson and their three-year-old daughter, Charlotte. And hopefully one day she can reprise her role on GH and Finn can learn that Hayden gave birth to his child!