Doctor Obrecht may be out of a job on GENERAL HOSPITAL, but her portrayer, Kathleen Gati, just landed an exciting new gig for herself! Actually, it’s technically a return, as she will be reprising the role of Raisa on The CW’s super hero series ARROW during its sixth season!

“Beyond ecstatic to officially announce that I am returning to ARROW!” Gati tweeted. “Awesome cast, writers, production! #JOY”

Gati portrayed Raisa, part of the Queen family staff in the original pilot episode of the series back in 2012. But although the character was mentioned a few times in subsequent seasons, she was never seen on-screen again. Raisa helped raise Oliver Queen, the young man who became the super hero known as Green Arrow. Oliver was more fond of Raisa than his own mother, so it’s likely he’ll be thrilled to see her again, as are longtime fans of the series. For her part, Gati is excited to be back on the set after so many years.

“I am so happy to be home on ARROW,” she declared. “I loved my ARROW family during the pilot shoot and it is a joy to work with Stephen Amell and gang again. I am looking forward to working with everyone!” 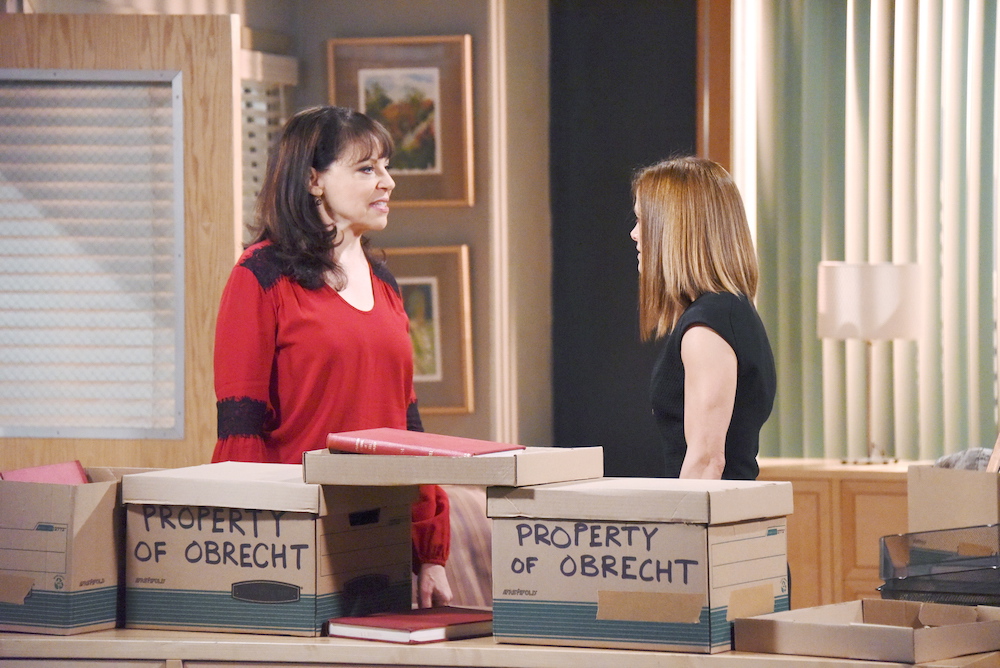 MUST SEE: Kathleen Gati on Bringing Kelly Thiebaud Back as Britt

But what does this mean for her role as the scheming Dr. O over at GH? Having been fired from the hospital, Obrecht is out for revenge on Finn and Hayden, and some fans are afraid her current storyline could end with the character in prison or even worse, dead! But the actress promises fans of the soap that she’s not going anywhere yet. “I will continue to recur on GH as long as they want me to,” Gati tweeted.

Gati joined GH in 2012, and during that time, has moonlighted in other roles while still working on the soap, including appearances on BEING MARY JANE and FEAR THE WALKING DEAD: FLIGHT 462. So hopefully she’ll be able to work out the scheduling to appear on both ARROW and GH at the same time, pleasing fans of both shows.

The sixth season of ARROW is scheduled to premiere on Thursday, October 12, at 9 p.m. ET, and as soon as we have specific airdates for episodes in which Gati is slated to appear, we’ll be sure to let you know!

Vanessa Marcil Is Getting Married, and She Needs the Perfect Dress!

Is William deVry Leaving GH? — Here’s Everything We Know!