Back in April, veteran GENERAL HOSPITAL actress Leslie Charleson injured herself in a fall and the role of Monica Quartermaine had to be temporarily recast with Patty McCormack stepping into the role. In May, the daytime star spoke out to her fans, tweeting: “Thank you all so much for your continued well wishes. I’m happy to say I’m on the mend and will be back in the saddle again soon!” And now she has revealed that she’s going to be back on the set at the end of this month! “My first day back to work at GH is July 23!” she happily reported.

Charleson first joined the cast of GH back in 1977, and has remained a favorite with fans over the years. So they were naturally upset to see another actress in the role, even temporarily. Unfortunately, because of Monica’s involvement in both Nelle’s fall and Kiki’s sexual harassment storylines, it would have been difficult to rewrite the shows around her absence. Although what some GH fans might not realize is that Charleson was actually a recast herself! She took over for Patsy Rahn, who played Monica from 1976-77. 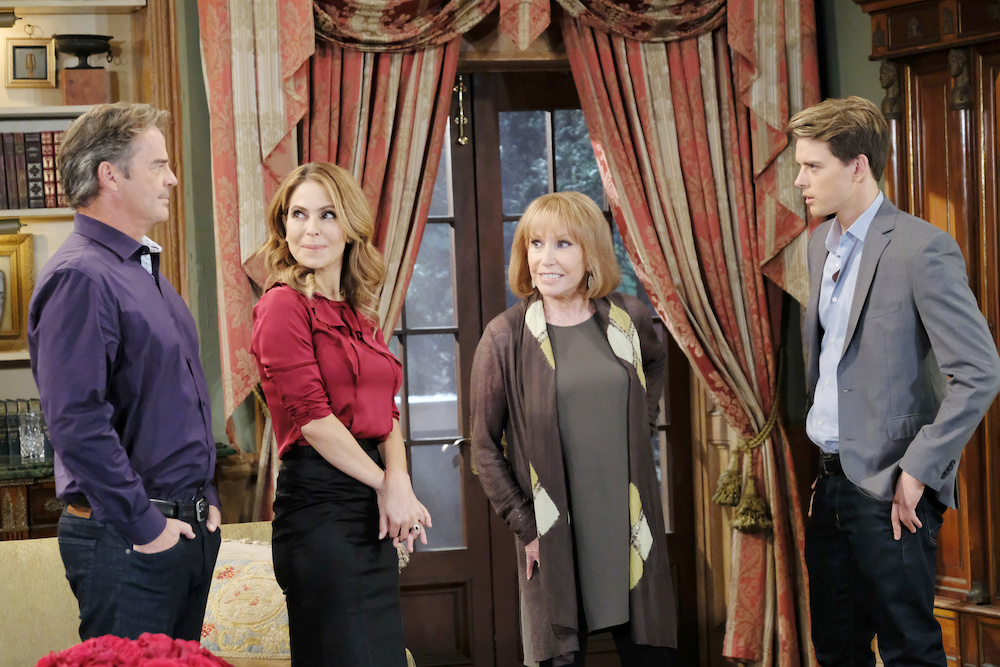 Charleson will be back in charge of the Quartermaine family very soon! (Photo Credit: ChrisD/jpistudios.com)

While some fans came to enjoy McCormack as the temporary Monica, the replacement admitted that she couldn’t wait to hand the role back to the woman who has owned it for decades. “I hope Leslie has a speedy return because everyone loves her,” she told Soaps In Depth. “Forty years playing Monica — that’s a lifetime!”

If Charleson is back on set at GH at the end of July, that means she should hopefully be airing again around mid-to-late August. So stay tuned to see her back in action again! And for more GH casting news, keep reading the ABC edition of Soaps In Depth magazine!

Patricia Bethune “Would Love to Stay on” GH as Mary Pat!