Attorney Martina Morales made quite a splash when the character debuted on GENERAL HOSPITAL by sleeping with Sonny before revealing she was Carly’s divorce lawyer! But while Martina’s past and motives remain a mystery, we’re here to tell you all about her portrayer, Daya Vaidya!

Born in Kathmandu, Nepal, Vaidya moved with her parents to California when she was two. Falling in love with performing as a child, Vaidya attended UCLA majoring in theater and also studied dance during college with a scholarship to the prestigious Alvin Ailey American Dance Theater in New York City. The actress is best known for her role as Nina Inara on the CBS series UNFORGETTABLE and has most recently been seen as Jen Kowski in episodes of the Amazon Original Series BOSCH. But she’s having a ball causing trouble for Sonny and Carly in Port Charles now! 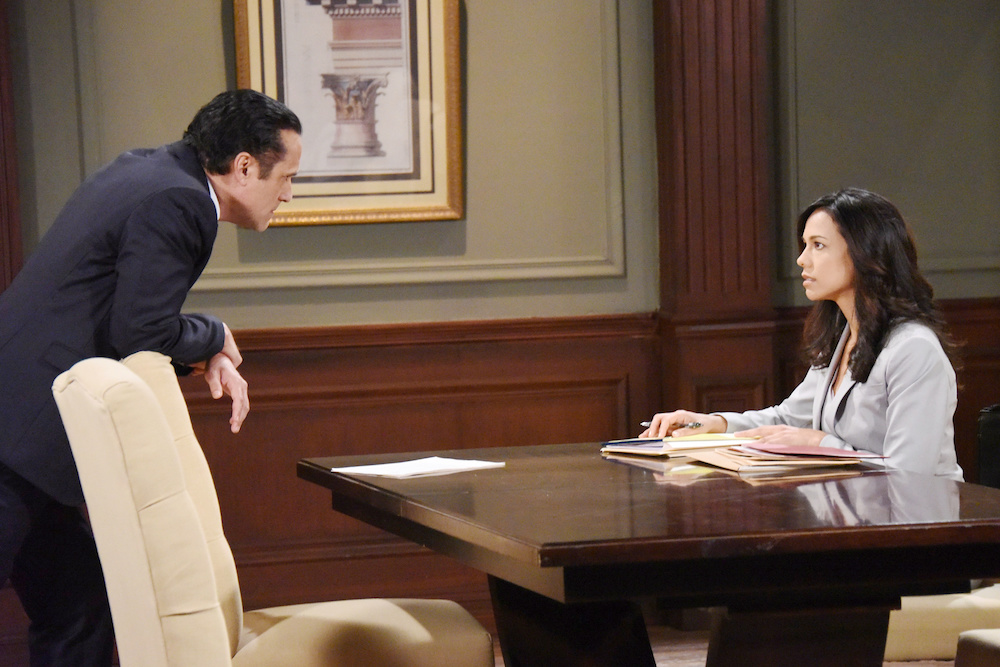 “Taking a break from daily politics into Martina and Sonny’s world on GH is a true pleasure and needed escape,” she tweeted. “I love playing this character! One of the most fun roles I’ve ever done.”

Her co-star Maurice Benard (Sonny) was equally enamored of the daytime newcomer. “She’s very talented,” he declared on Twitter. “She’s very easy to work with. She did well with everyone.”

In real life, Vaidya is married to her husband, Don Wallace, and they have three children together: A seven-year-old daughter, Leela, and twin boys, Jai and Dev, who are four. They currently reside in Los Angeles.

Only in #Cali do you have a damn hot day in November and a #Xmas tree! 😂. #PostThanksgiving #malibu #family #gratefulforthis! 🙏🏾❤️

MUST SEE: Vanessa Marcil Declares She Would “Always” Return to GH!

Vaidya is also a breast cancer survivor, who in January 2017 revealed on Instagram that she was in recovery from her sixth surgery in just two years. But she will never give up the fight!

Attended Fran Drescher's 'Cancer Schmancer health summit,' at the @skirball_la today. Amazing speakers gave presentations on all the ways we can prevent cancer and fight it with lifestyle changes and holistic living, including my very own awesome Breast Surgeon @kristifunk from @pinklotusbreastcenter! Go to www.cancerschmancer.org and follow the movement! #breastcancerawarenessmonth #beatcancer #survivor #thriver #plantbaseddiet #toxicfree #removestress #integrativehealth #immunotherapy

Lilly Melgar Opens up About Her Reunion With GH Co-Star Ricky Martin!