Longtime GENERAL HOSPITAL fans were thrilled to see Michael Sutton reprising his role of the beloved Stone Cates in scenes opposite Maurice Benard (Sonny). And the actor live-tweeted along with the East Coast airing of the emotional episode to interact with fans and answer their burning questions!

The character of Stone died back in 1995, and the storyline where the young man discovered that he was suffering from AIDS and ultimately passed away is regarded as a classic. The actor admitted that everyone was aware at the time that they were making television history. “We knew how important it was back then,” Sutton revealed, “and we tried our best to give it the truth it deserved. Robin and Stone were Romeo and Juliet. Just as innocent and tragic. It affected everyone, which was the goal. All rise together.”

While he confirmed that he stays in touch with former on-screen love interest Kimberly McCullough (Robin), Sutton only had scenes opposite Benard during this recent appearance. “Maurice and I have an amazing bond,” he declared. “Working together again as if no time had passed. Amazing feeling to jump back into character with Stone and Sonny. GH shaped me in so many ways, acting and life.”

As a young actor, the role of Stone was a powerful one for Sutton to tackle. “Stone forced me to tap into the meaning of the importance of life and one’s legacy,” he confided. “Stone was a misunderstood youth looking for a family. Sonny and Robin gave him that. They were three lost souls who created their own family in each other. Shines in every scene.”

Sutton revealed that while he does not have children of his own yet, he’s on his way to starting a real-life family with his recent marriage to his wife, fashion designer and model, Kristina. 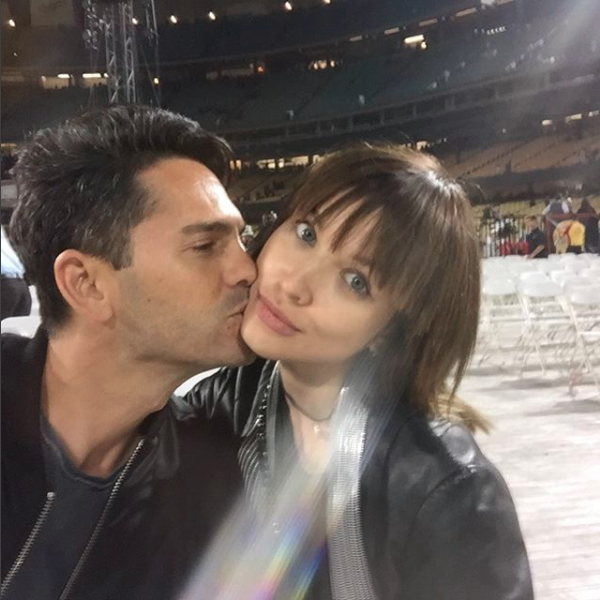 During the Q&A, Sutton revealed that he landed the role of Stone on GH right after he graduated from film school where he studied directing. But he also admitted that he never stopped performing. “I love acting, and will continue for life,” he said. “Day to day is all about running and building my other businesses.”

Sutton also appreciates being asked to return for these ghostly visits as he did back when Stone appeared to McCullough’s Robin for a couple episodes in 2010. “GH has done an amazing job with Stone’s legacy,” he declared. “Coming back as inspiration for his loved ones is right on!”

But some fans wondered if he would ever consider returning on a more permanent basis. “I think soap operas are one of the best formats to tell a story,” Sutton mused. “Proud to have been part of history. You never know.”

Ryan Paevey Stars With a Former Maxie in a New Romantic Movie!

Hayden’s Checkered Past on GH Is Catching up to Her!