Phew! Michelle Stafford (Nina) just gave GENERAL HOSPITAL fans a big scare when she tweeted something that made them all think that she was leaving the soap! “Eventually the ride comes to a stop,” she posted. “You either ask to go again, sometimes they let you. Or you hop on another ride… it’s always up to you.” Fans immediately feared she was referencing that her contract with GH had come to an end and they weren’t asking her to stay on so she was going to find another gig!

Thankfully, Stafford saw how her fans were reacting on social media and eventually set the record straight. “My last text had nothing to do with GH,” she promised. “I have many other aspects to my life. It was just something I was feeling. Thought I would share.” It is a good life lesson, once you realize she was talking in generalities and not referencing a specific thing… like her leaving Port Charles! 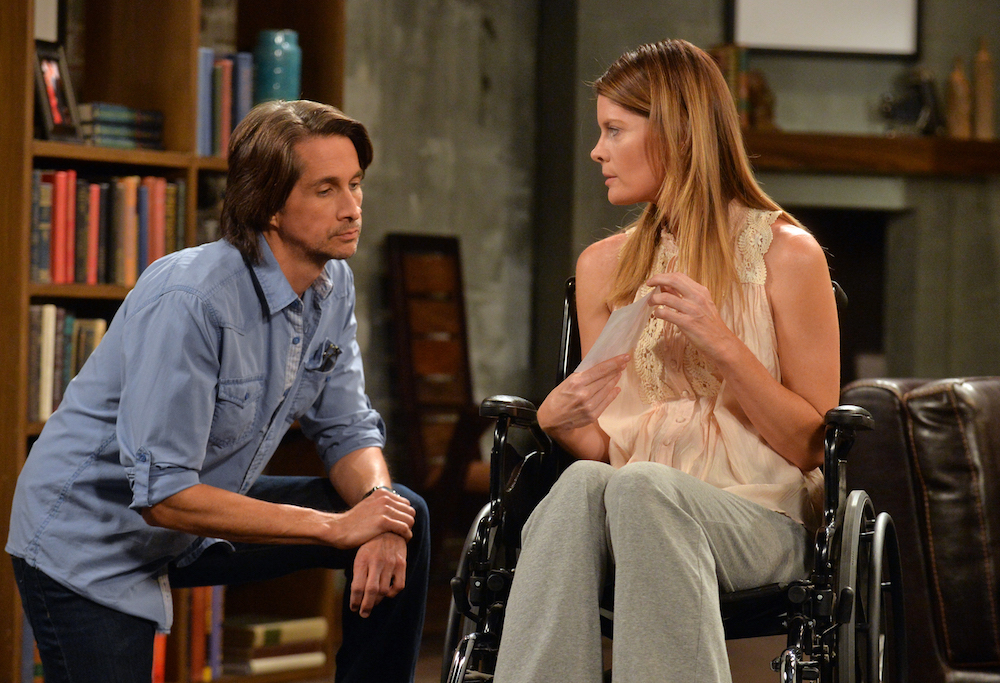 Stafford joined GH in May of 2014 as Nina Clay, the mentally unbalanced wife of Dr. Silas Clay, played by Michael Easton at the time. Over time, Nina got her act together and is now the successful editor of a fashion magazine and struggling with her relationship with Valentin Cassadine. Before GH, Stafford starred as Phyllis Summers for 16 years on THE YOUNG & THE RESTLESS, earning two Daytime Emmy Awards among her numerous nominations.

In addition to acting, Stafford has also branched out into other realms of entertainment, like acting as a hockey correspondent for THE BEST DAMN SPORTS SHOW PERIOD and creating her hilarious web series, THE STAFFORD PROJECT, which was loosely based on her own life. In 2016, she even launched a skincare line called Skin Nation featuring all-natural organic products.

But GH fans are happy to know that Stafford is not going anywhere, at least not for the time being, and they can look forward to more of her fantastic performances on the soap!