In the nearly five years since ONE LIFE TO LIVE concluded, fans have been missing heroine Viki (and her numerous alternate personalities) much like they would a longtime friend. Now her portrayer, six-time Emmy winner Erika Slezak, is returning to the small screen. “She’s just a fabulous character,” she enthused to Soaps In Depth of her guest role in the Monday, April 2, episode of Fox’s hospital drama, THE RESIDENT. “It was the most wonderful experience.”

The actress worked opposite numerous doctor characters on OLTL. Might she portray one herself this time? “The answer is yes and no,” she teased. “I played most of my scenes with the lead, Matt Czuchry, who is such an interesting, good actor. I also had a wonderful scene with Shaunette Renée Wilson.”

Having spent more than 40 years in the fast-paced world of soaps, Slezak says that primetime was a fascinating change. “I don’t think you forget how to act, but it’s different when you’re used to doing everything in one day,” she reflected, adding that she gave Viki’s emotional scenes her all in order to get them right in one take. “Here, they do it over and over… It’s such a different and pleasurable way of working. 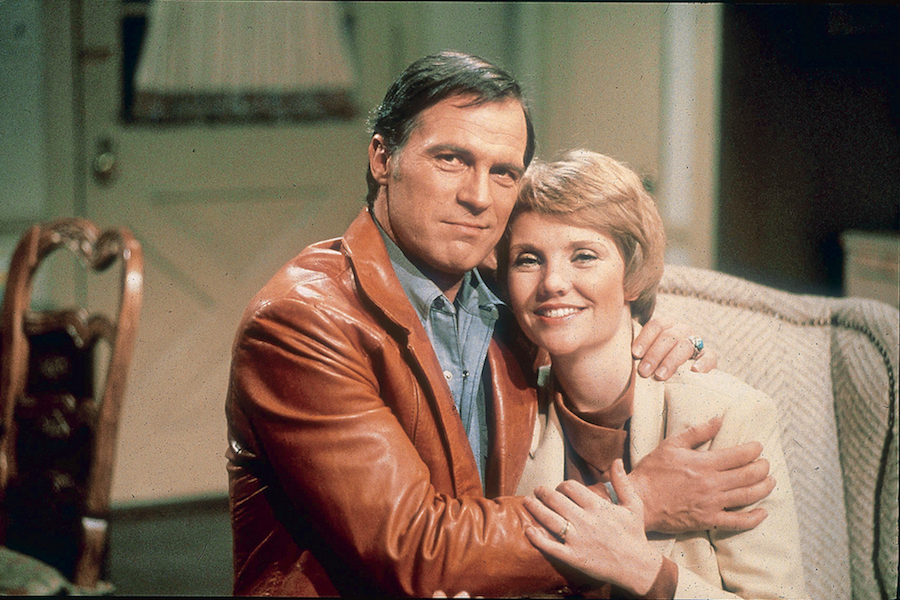 “There was no method, no nonsense,” Slezak says of the late Clint Richie (Clint). “He said what he meant and he said it the way he meant it.” (Photo Credit: ABC)

Slezak was nervous when she first stepped onto the Atlanta set but says she was welcomed right away. “I was sitting in the makeup chair the first morning when one of the hairdressers came over and said, Melina [Kanakaredes, who plays Dr. Lane Hunter] asked me to say ‘Hi!’ I hadn’t seen Melina in [decades] — since she worked in daytime [as GUIDING LIGHT’s Eleni] — so it was so cute that she remembered me,” shared Slezak, adding that she was personally greeted by cast member Emily VanCamp. “It makes you feel good, being welcomed as the new person. It’s what I always tried to do for others on OLTL.”

Slezak will also appear in Guest Artist, a film that’s based on Jeff Daniels’ successful play by the same name about playwright Lanford Wilson. “I play his agent,” she revealed. “We shot in New York City when it was zero degrees!” 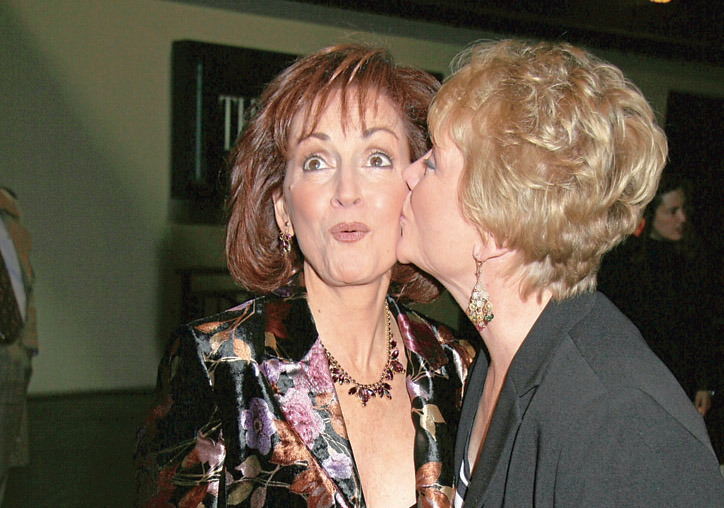 ”Robin Strasser (Dorian) is such an extraordinary actress that working with her was always so refreshing.” (Photo Credit: Steven Bergman)

Although she enjoyed spending the last four years sleeping late, cooking and being home with her family, Slezak says that returning to work was “wonderful. There are so many roles available in television, film, and theater — you just need to be seen again,” she suggested. “Unfortunately, I think many people associated me just purely with OLTL, and I guess people can be a little narrow-minded. They think, ‘Oh she was on a soap, she can’t do anything else.’ Uh, wrong! I trained at the Royal Academy Of Dramatic Arts in London, and I did almost five years of repertory theater where I played many different parts…

“Then I got that wonderful job on OLTL and it enabled me to come home and raise my kids,” she continued. “[But] I loved what I did. I went to work almost every day, and every day was interesting and a challenge.” Might the actress be up for someday bringing Viki to GENERAL HOSPITAL? “On a short-term basis, I might consider it,” she offers. “I love her. She was an awesome character!”

Hilary B. Smith Admits She Misses OLTL “Very Much”