Two ONE LIFE TO LIVE castmembers will be reunited on screen again when David Fumero makes a guest appearance on BROOKLYN NINE-NINE, which stars his wife, Melissa Fumero! David was best known to soap fans as Cristian Vega, a role he played from 1998-2012. Melissa played Adriana Cramer on the ABC sudser from 2004-11. The actor teased his guest appearance back in December of 2017 when he snapped a selfie on the set of the hit FOX sticom and commented: “Stepped into her world today.” But now we have more details!

Stepped into her world today…#luckyguy #brooklyn99

David will be playing Vin Stermley in the episode entitled “The Puzzle Master,” which is scheduled to air on Sunday, April 8. In the episode, Melissa’s character of Amy Santiago will be investigating a series of arsons connected to her favorite crossword puzzle author. How will the spouses cross paths on the show? You’ll just have to tune in and find out! 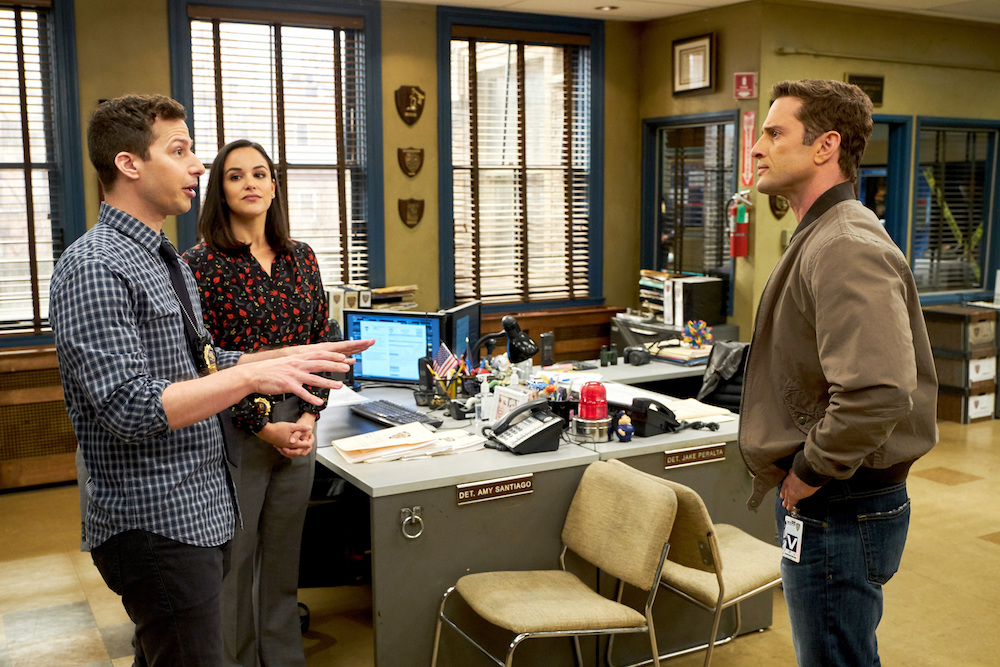 After OLTL came to an end, David landed himself the role of Mike Sandoval on the Starz Network crime drama POWER, though his corrupt FBI agent alter ego met a tragic fate in 2017. Melissa has been starring in BROOKLYN NINE-NINE since its premiere in 2013. The couple married on December 9, 2007, and they have a son, Enzo, who turns two on March 24.

For more on what your favorite OLTL stars are up to now, keep reading the ABC edition of Soaps In Depth magazine!

The Stars of OLTL Reunited for a Fantastic Party

Erika Slezak Opens up About Her Return to Television