Hayden’s past is catching up to her on GENERAL HOSPITAL, and it led her to visit her father in prison. But it also led some fans to wonder exactly who Raymond Berlin is, and who is the actor playing him. Well, fear not — we’ve got your answers!

Although technically, Hayden’s biological father is Jeff Webber (making her Elizabeth’s sister), she was raised as Rachel Berlin, the daughter of Naomi and Raymond Berlin. But he was a banker who swindled his clients out of millions of dollars, landing him behind bars. During their reunion on the Aug. 7 episode of GH, Raymond confessed he distanced himself from her when he learned she wasn’t really his daughter, but then admitted he’d always be her dad. But when she confided that her ex-husband, Jared, is blackmailing her, Raymond sadly informed her there was no money left from the hedge fund she could use to pay him off. 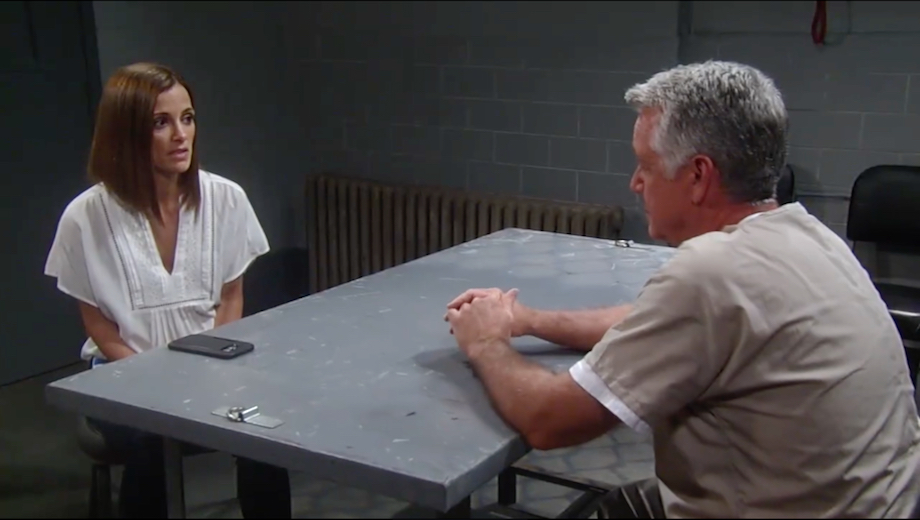 MUST SEE: Steve Burton Dishes His Surprising Return to GH!

For the role of Raymond, the soap cast character actor Robert Curtis Brown, who is no stranger to daytime. He got his start in show business as Alec Kendall on SEARCH FOR TOMORROW from 1984-85, and also played Paul Miller on ALL MY CHILDREN for a series of episodes in 2010 and a judge on THE YOUNG & THE RESTLESS in 2011. He has also appeared in primetime sudsers like MELROSE PLACE, KNOTS LANDING, and BEVERLY HILLS 90210.

Brown is also recognizable from his numerous primetime appearances in shows from MATLOCK to WILL & GRACE to THE X-FILES over the decades. He has also well-known for playing Vance Evans, father to Sharpay and Ryan in the High School Musical film series.

With Rebecca Budig (Hayden) being written out of the show, so while it’s unlikely audiences will see much more of him beyond this, you never know!

Inside the 2017 GH Fan Club Weekend

William deVry Reveals He’s Done at GH but Wants to Come Back!