There have been quite a few shocking casting announcements over at GENERAL HOSPITAL lately, but fans were especially stunned to learn that Robert Palmer Watkins (Dillon) has been let go from the ABC soap! Although there have been later reports published that indicate that the actor may not actually be exiting but instead being placed on recurring status, Watkins admitted his future with GH remains uncertain at this point. “It was a little bit of a shocker, for sure,” he told Afterbuzz TV. “I had two years on my contract and the producers called me. How it works is every 13 weeks and I think every six months, they have the option to bump you off contract. Which doesn’t necessarily mean you’re gonna be off the show, it just means that you’re not on contract anymore so you might be a recurring character.

“I mean, a lot of people’s favorite characters are actually recurring,” Watkins added. “Finola Hughes (Anna) is recurring. Brytni [Sarpy, Valerie] is recurring. So it’s not the end of the world. Or it might not be the end of Dillon on the show.”

Thankfully for fans, the actor revealed on Sept. 11 that he had returned to work at the GH studio! “Somebody’s back on set today,” he teased in an all-too-brief video he shared on Twitter. The text also states that he’ll be at the soap through October, and after that, “we shall see what happens.”

“I’m kind of in limbo right now because I don’t know what they’re planning on doing with me,” Watkins confided to Afterbuzz TV. “I would love to stay, but I get it. It’s a business and they’ve got a lot of characters they’re juggling. Steve Burton coming back is gonna be a huge focus of the show. I hope they keep me around as a recurring, especially with the fan reaction. I think the fans were very passionate about wanting me. Which made me feel good. It would’ve sucked if nobody cared!”

After the news of his departure broke, Watkins used his Instagram to share a heartfelt message to his loyal fans before having some fun. “What’s up, guys?” he announced. “It’s Robert Watkins here, also known as your Dillon Quartermaine, who I have enjoyed so much playing over the past couple years. I just had to reach out to you guys because honestly, all of the love and all of the support that you guys have shown me on Twitter and Instagram and Facebook has put a smile on my face.

“This was not my decision to leave the show,” Watkins continued, “but I am so grateful for the time that I’ve had on GH. It’s been an amazing opportunity. I’ve learned so much. I want to thank the writers, the producers, the crew, the other actors, and thank all of you guys, because without you there is no show. So thank you for letting me be your Dillon. I hope I can come back. I see y’all’s comments. Thank you! And this is not the end of me. Look out for my movie, Last Three Days coming out next year! Killon, baby! Wassup!”

Love you all! Things in life can either break you or set you on fire for the next chapter. Consider me LIT 🔥#grateful #gh #lastthreedays #dillonquartermaine @generalhospitalabc

Watkins joined the cast of GH in 2015 as the new Dillon Quartermaine, son of Tracy Quartermaine and Paul Hornsby. After a series of child actors, the character was aged to a young adult in 2003 and played by Scott Clifton (now Liam on THE BOLD & THE BEAUTIFUL), who left in 2007. Dillon went off to California to pursue his dreams of becoming a filmmaker. Since Watkins took over the role, Dillon returned to Port Charles to take care of his mother who had been hurt by Luke. He also reconnected with Lulu and had a fling with Valerie, but finally found love with Kiki. 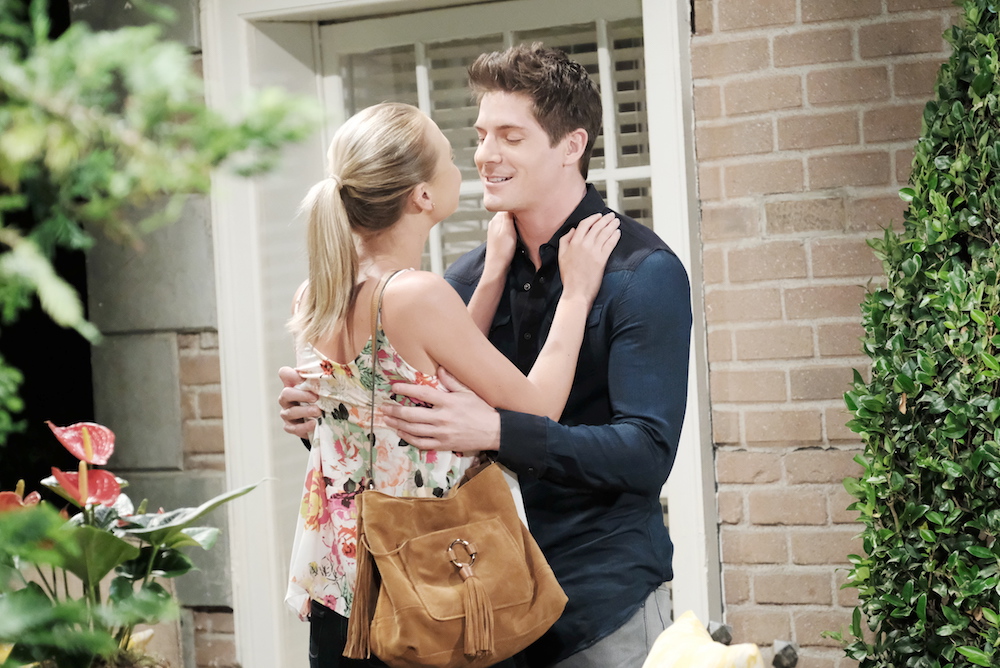 Unfortunately, despite being the next generation of the illustrious Quartermaine family, Dillon hasn’t had much in the way of a front-burner storyline lately. There was a little drama when he got involved with Kiki following Morgan’s death, but after that, he’s just been kind of hanging around and being part of the Quartermaine family, which doesn’t usually get a whole lot of play anyway. So sadly, the talented actor was underutilized on the soap. “I think there’s so much potential story,” Watkins mused, “and we’re just getting to it. And I don’t feel like I’ve really gotten to explore my own storyline yet, really, to be honest.”

Watkins recently shot an independent film called Last Three Days that he’s very excited about where he plays an action hero for a change. So he’ll still be keeping very busy even without GH. Naturally, as this is a developing story, we will keep you informed as more information comes in regarding the actor’s status with GH and Dillon’s future in Port Charles.