The classic ‘70s and ‘80s TV series BATTLE OF THE NETWORK STARS is back, and soap fans will find quite a few familiar daytime faces among the 100 celebrities competing in the 10-episode summer event! In fact, Cameron Mathison (Ryan, ALL MY CHILDREN) is competing in the episode airing on Thursday, July 20, on the Variety team as they face off against a team of ABC stars! Mathison’s teammates include Lance Bass, Joey Fatone, Adrienne Houghton, and Kelly Osbourne. They will be competing against ABC stars Ted Lange, Troy Gentile, Jill Whelan, Denise Richards, and Joely Fisher.

The series pits teams of current and classic TV stars from different eras and genres against each other in games like tug of war, kayak relay, obstacle course, and dunk tank. The original series aired from 1976-1988 and saw stars from ABC, CBS, and NBC battling it out. In this new version, teams are based on categories like TV Kids, Primetime Soaps, Cops, and TV Moms and Dads so you’ll get to see all your favorites no matter what network they were famous for being on! 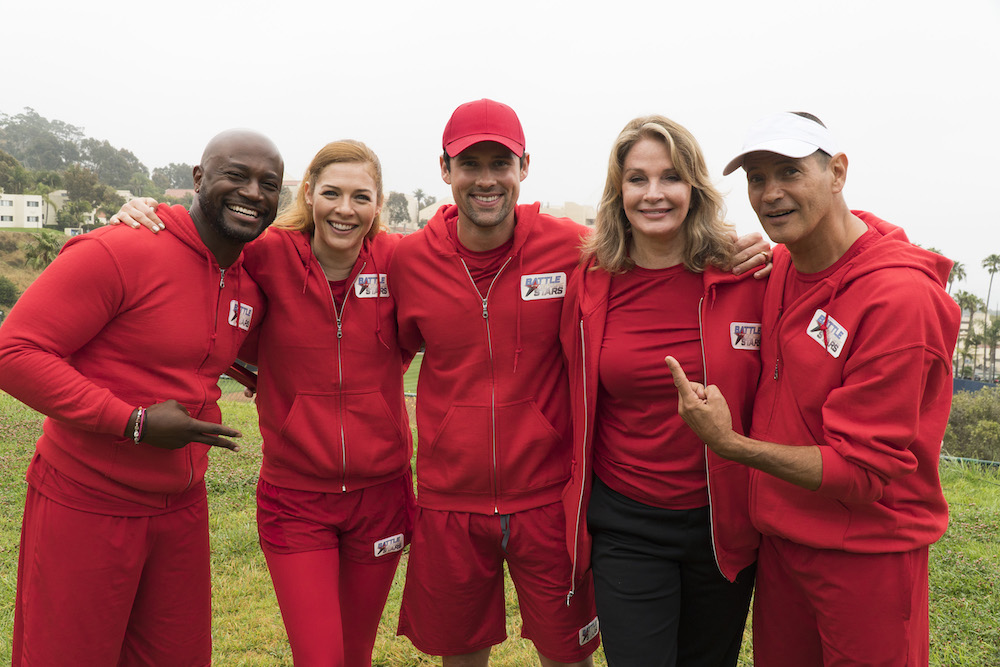 MUST SEE: Steve Burton Promises You’re “Not Gonna Want to Miss” His Return to GH!

It’s great fun watching all the stars battling it out every week and rooting for your favorites! There are only a few episodes left in the season, but you can still catch your favorites in the previous shows on demand!

GH’s Kirsten Storms Opens up About Her Struggle With Depression