The daytime world was rocked by the unexpected announcement that Steve Burton would be coming back to GENERAL HOSPITAL, and his return has left fans of the soap with plenty of questions. Like how weird is it to be working alongside his replacement, Billy Miller (Jason)? “Look, we’ve always had respect for each other,” Burton told Soaps In Depth. The two actors were castmates over on THE YOUNG & THE RESTLESS where Miller was playing Billy and Burton played Dylan. “He called me when he took the role of Jason and when I was coming back to GH I said, ‘Hey, let’s kick some butt and have a great show!’ It’s all good.”

Before he made his return to GH as the mysterious “Patient Six”, Burton took to Facebook Live to answer questions from fans, but of course, he couldn’t get into details surrounding his return. “You know I can’t say anything about the story,” he teased. “All I know is it’s going to be real soon and there’s going to be a lot of surprises. So stay tuned. We’re going to have a lot of fun!”

It was eventually revealed that Burton’s character is the real Jason Morgan, and Miller’s character turned out to be his twin brother, Andrew Cain, who had been given Jason’s memories through a scientific procedure developed by Andre. But there is still the question of which Port Charles villain is behind this dastardly scheme!

After Burton’s return to the set, the soap shared a fun video clip on Instagram of the actor just outside the studio. “I just wrapped my first day,” he declared. “It was amazing. It was so great seeing everybody and I really have to say that this story’s gonna be so kick-beep that you’re not gonna want to miss it. Tune in! I’ll see you soon!”

We interrupt your regularly scheduled feed for an important message from the #GH set. @1steveburton #GeneralHospital #BehindtheScenes

What was it like for Steve Burton to reconnect with his castmates?

Some fans were frustrated when Burton’s first scenes on GH were with Maura West’s Ava instead of the actors he’d worked with during his earlier run, but even before sharing the screen with them, the actor was able to reunite with his co-stars behind the scenes, including Kelly Monaco (Sam). “When you work together so closely for so long, you obviously build a good relationship with people,” Burton confided. “And then you disappear for five years. It’s kind of weird! But we’re just picking up where we left off from a friendship standpoint. It’s been really cool.” 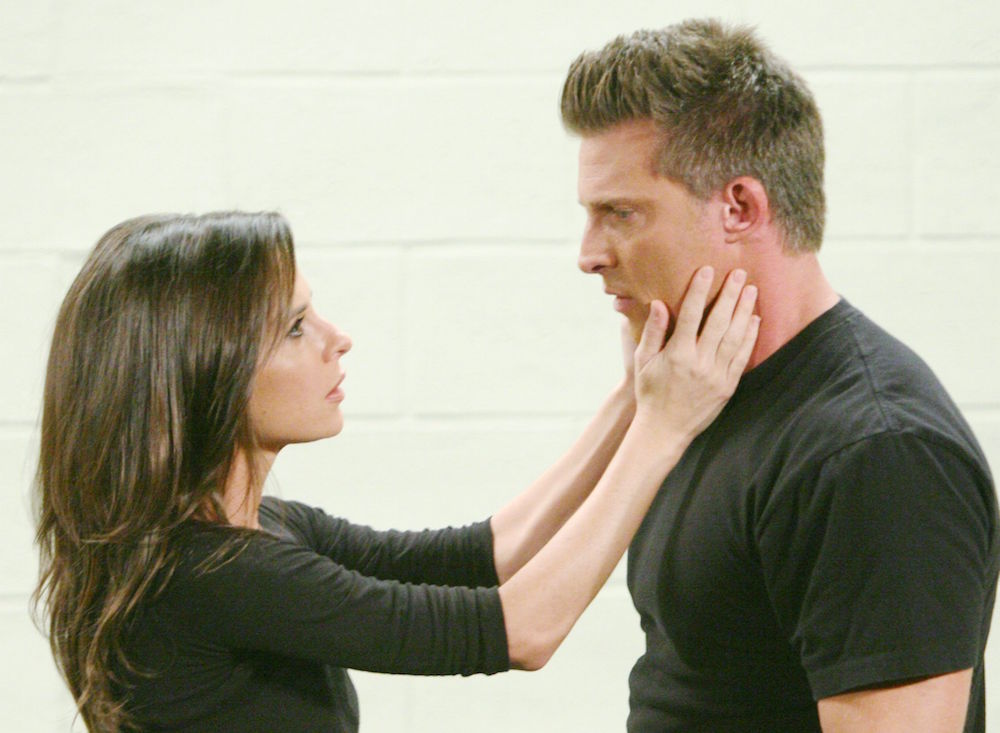 Fans couldn’t wait for Monaco and Burton to be reunited on screen! (Photo Credit: Howard Wise/jpistudios.com)

Did Steve Burton watch GH to catch up on the storylines?

Although Burton admitted that he doesn’t like to watch himself on TV in general, he confessed that he had to do so just to get some research in. “I did pull up some YouTube videos and watched my stuff with Maurice [Benard, Sonny], Laura [Wright, Carly], Becky [Herbst, Elizabeth], Kelly, and Chad [Duell, Michael] — just to get a grasp of the relationships again.”

After making his first appearance on Sept. 19, the actor took to Twitter to thank fans for their support and promising plenty of twists and turns ahead. “Stay tuned,” Burton said. “Great story ahead. I just wanted to take this moment to say thank you so much for your support — for me, personally, of course, I’m always grateful for that — but the show. GH has a huge place in my heart. It will always be home. I’m happy to be back home with the cast and crew. We’re having a fantastic time. Great things are coming.”

Thanks 2 everyone 4 their SUPPORT! Having a blast @GeneralHospital Now let’s get this mask off! Lol! #grateful #getthismaskoff #patient6 pic.twitter.com/ErLpLVXr7A

How long will Steve Burton be on GH?

Although he couldn’t tell his fans too much about what was to come on GH, Burton did promise them that this was not just a case of stunt casting where he’s only on for a month or so. “I’ll be there for a while,” he declared. And after he’d already begun airing, the actor told Soaps In Depth: “I signed a long contract.”

Back in August, GH shared a photo of Burton in front of the studio with the caption “Back to Work!” and the actor couldn’t have been more excited to be back there. “Can’t tell you how amazing it is to be back at GH,” he shared on Instagram. “It was so great to see everyone I pretty much grew up with. It is home. So grateful for this new journey. Always appreciated the hard work from the cast and crew. Excited to work with everyone and tell awesome stories.”

Why did Steve Burton come back to GH?

The story of his GH return actually began at this year’s Daytime Emmy Awards where Burton took home the trophy for Outstanding Supporting Actor for his work as Dylan on Y&R. After visiting the press room, the winner found himself locked out of the building when he was approached by agent Bobby Moses. “At the time, I wasn’t necessarily looking for an agent,” Burton admitted, “but I haven’t had an agent for years, so I figured, ‘Okay maybe it’s time to get an agent.’” 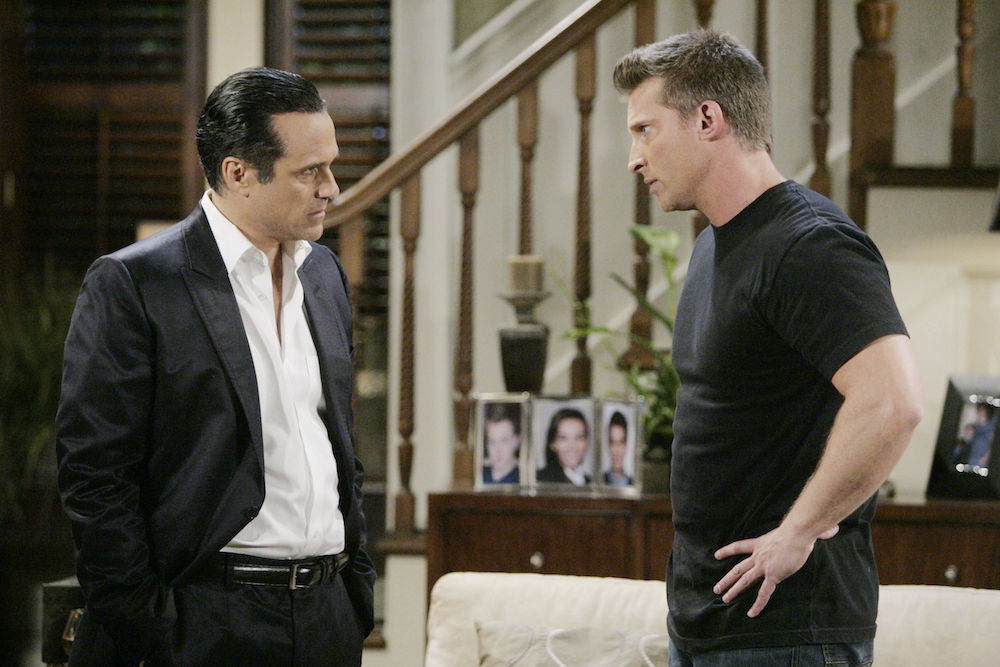 Another of Moses’ clients happens to be Benard, so he has a relationship with the soap and the network. “ABC called,” Burton recalled, “they got to talking, and next thing I knew, I’m going back. I’m going home. It’s amazing. I can’t wait. It’s been my home for so long. It’s like my family there. We’re just really looking forward to reuniting and getting it on. I’m super excited.”

While Burton moved to Nashville to spend more time with his family, he’d been looking forward to getting back into acting again, even going so far as to set up a studio in his garage so he can record auditions to send to Hollywood without leaving his house! “Bradford [Anderson, Spinelli] actually helped me learn how to put myself on tape,” he confided.