When asked to summarize her experience guest-starring on GENERAL HOSPITAL, Carla Hall could only say: “Exhilarating.” The co-host of ABC daytime lifestyle show THE CHEW appeared on the May 16 episode of GH as the much discussed and never-before-seen “Cook 2” to spar with Lisa Locicero’s Olivia at the Quartermaine mansion, and chatted with fans on Twitter about the experience. “I was over the moon excited,” she admitted when she was approached about the role, “then nervous, then excited again.”

Although most people know Hall as a cook and host, she actually studied to be an actress. “Acting was my first love,” she revealed. “I took acting classes at Nashville Academy Theater for five years from 12-17 years old. It’s still a passion that I weave into my day job when I can.” And even for her brief appearance on the soap, she did her work! “I took the role very seriously and enjoyed it very much,” Hall explained. “I received my lines about a week before shooting. I made up a backstory for the character, even down to the details of what I like to cook and what issues I’d been having on the job. I brought real experiences into the role.” 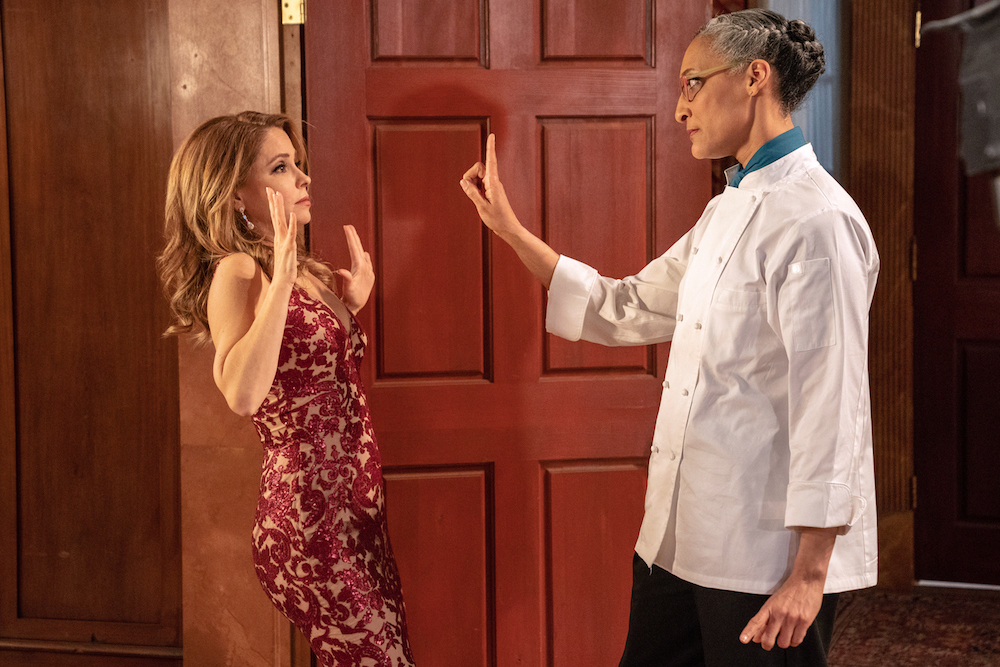 And it was a special thrill for Hall to appear on this particular series. “I’d watched GH for years when I was in college,” she confided. “Actually playing a character that had a storyline, but was never seen, was really cool. Who knew… me on a soap opera that I watched for years? Sparring with Olivia was the best. Lisa was such a pro and a pleasure to work with. She made me feel so comfortable.”

Hall also appreciated one fan who expressed that although she originally harbored a lot of animosity towards THE CHEW because it premiered after ABC cancelled the long-running and beloved soaps ALL MY CHILDREN and ONE LIFE TO LIVE, it has been five years, so she’s come to enjoy the cooking series. “I appreciate you saying that,” Hall responded. And when another said that they were skipping the Nurses Ball for the first time in years because she’s still bitter about losing AMC, Hall replied simply: “Hopefully you’ll return next year. Take care.”

Some fans who enjoyed her appearance hope that she will continue to reappear as Cook 2 in the future. “It was such a blast,” Hall enthused, “and I’ll return if they’ll have me.” And in fact, Cook 2 will be returning very soon, as when Hall initially teased her GH appearance, she revealed she’d shot a couple of episodes. 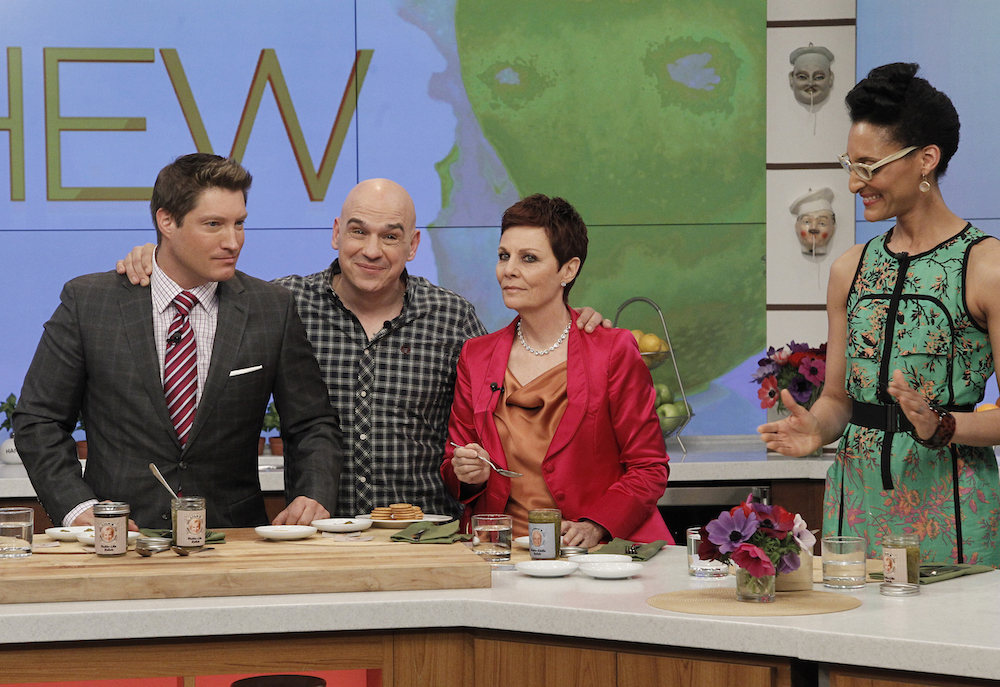 This isn’t actually the first time that Hall has appeared on GH. Back in May of 2013, Hall appeared as herself along with THE CHEW co-hosts Mario Batali, Michael Symon, and Daphne Oz when Tracy and A.J. appeared on the show as part of the infamous “Pickle-Lila” storyline.

GH shared pics of Hall with the soap’s executive producer, Frank Valentini, as well as actors Lisa LoCicero (Olivia), Vinessa Antoine (Jordan), Donnell Turner (Curtis), and Vernee Watson (Stella), so might she be sharing scenes with Curtis, Jordan, and Stella in the future? Perhaps she’ll be catering a wedding next? You’ll have to tune in to find out!