Eagle-eyed fans of GENERAL HOSPITAL recognized a very familiar television face on the Oct. 11 episode of the soap, even though he’s looking quite a bit older than he did in the role that made him famous! Yes, that was Fred Grandy playing Father Cory in a recent episode of GH offering Griffin some advice on his future in the priesthood!

Grandy got his start in the early ‘70s with roles on LOVE, AMERICAN STYLE, MAUDE, and MONSTER SQUAD, but became a TV superstar when he played the ship’s purser, Burl “Gopher” Smith, on the classic series THE LOVE BOAT! He appeared for all nine seasons of the show, and even occasionally stepped behind the scenes as a writer. 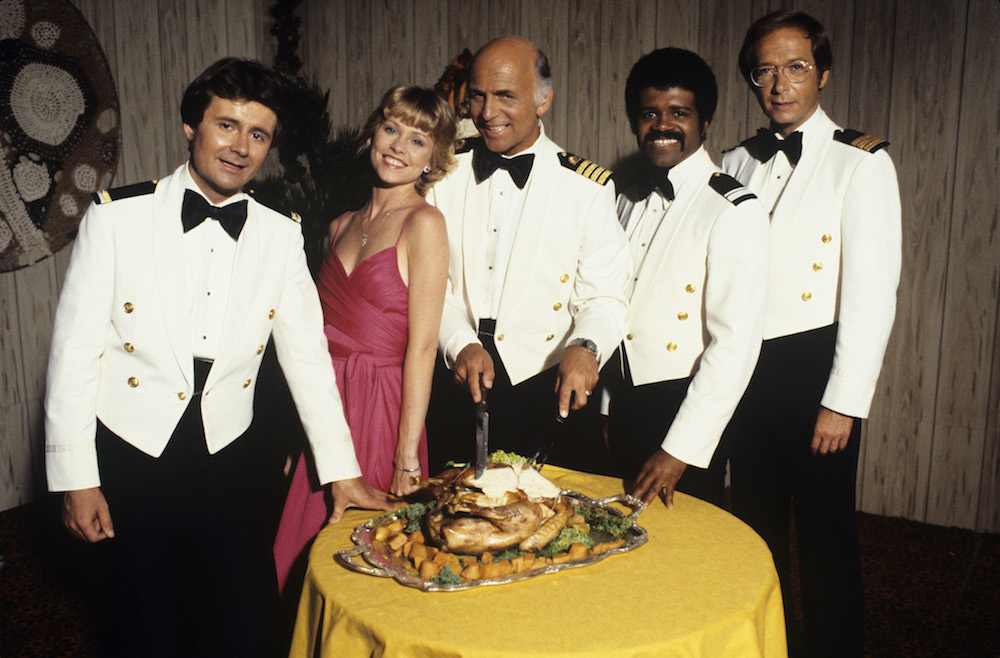 In more recent years, Grandy has appeared in the recurring role of Dr. Ledreau on the third season of THE MINDY PROJECT, for which is son, Charlie Grandy, is a writer. In addition to his acting career, Grandy has also been involved in politics for much of his life. In 1986, he was elected to Congress, serving his home district in Iowa for four terms. In 1994, he declined another Congressional term and attempted to run for Governor of Iowa but lost to incumbent Terry Branstad.

Grandy is currently filming the inspirational movie Play the Flute, where he plays Pastor Lawrence. The cast also includes MASH star Loretta Swit and daytime alum Terri Conn (Aubrey, ONE LIFE TO LIVE; Katie, AS THE WORLD TURNS). His appearance on GH wasn’t publicized at all, and came as a surprise to viewers who thought their eyes might be playing tricks on them. But if Griffin needs any more advice, Father Cory could very well make another visit to Port Charles, so stay tuned!