Since her debut on GENERAL HOSPITAL, Sam McCall (now Morgan) has been one of the soap’s strongest female characters. Which is why her recent erratic behavior and terrifying visions had some fans worried something was seriously wrong with her. And it turns out they were right because Finn has diagnosed Sam with toxoplasmosis!

Toxoplasmosis is a common disease that results from infection with the Toxoplasma gondii parasite, which can be found in undercooked contaminated meat and cat feces. The infection normally causes flu-like symptoms, but because GH) is a soap, Sam has been stricken with an extremely severe case. However, over the years she’s managed to survive everything else the world has thrown at her, so we’re sure she’ll pull through this time as well!

Sam first appeared in 2003 when Kelly Monaco joined the show following the cancellation of GH sister soap PORT CHARLES where she played the popular character of Livvie. Sam debuted working with Jax to find the “Dead Man’s Hand” and they had a brief affair. She then slept with Sonny and became pregnant, but their child was stillborn, though her infant’s stem cells helped save Kristina’s life. Jason helped nurse Sam through her grief, and the pair fell in love. 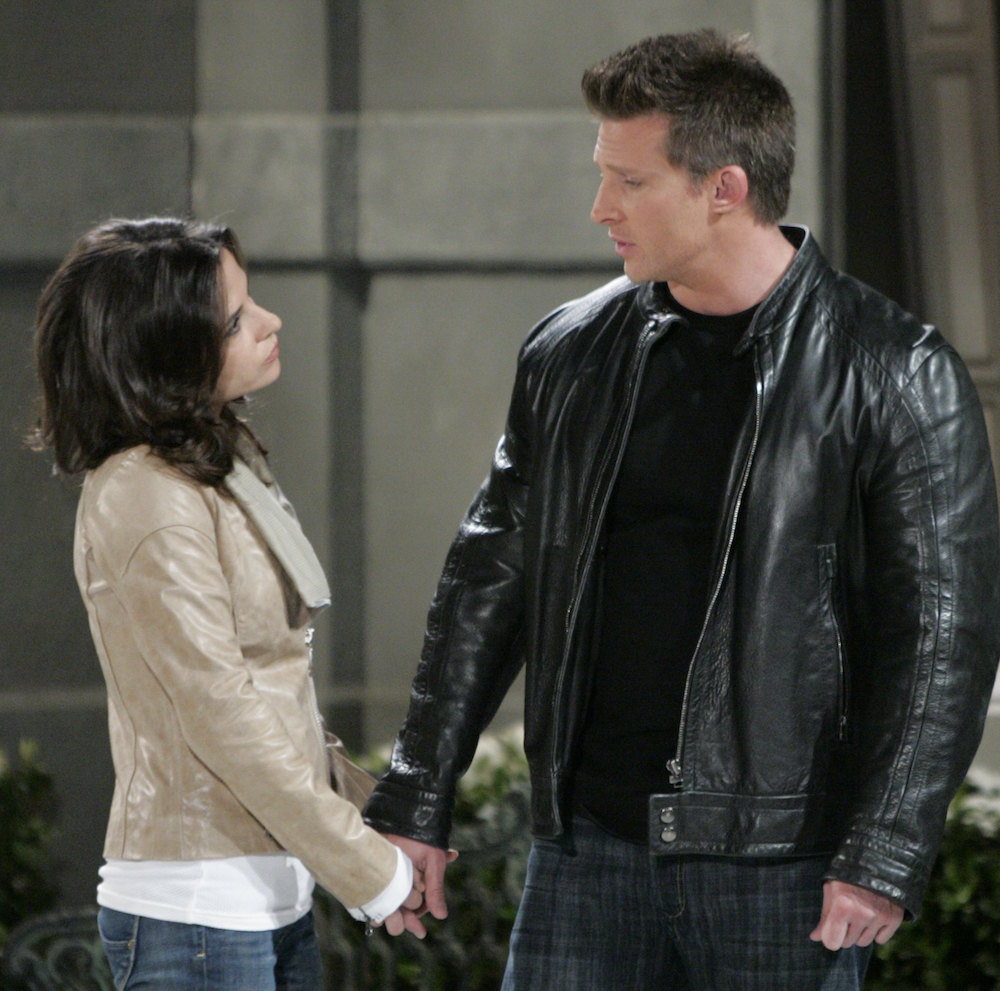 MUST SEE: The Past, Present, and Future of Sonny and Carly!

After being kidnapped with Jason by Allegra Montenegro and forced to learn ballroom dancing, Sam was devastated to learn that Jason was losing his memory and dying. Thankfully Robin was able to save his life. Sam was heartbroken when her brother, Danny, died during an encephalitis outbreak, and stunned when he revealed she was actually adopted!

Although she learned Alexis was her biological mother, Sam wanted nothing to do with the woman and even had an affair with her husband, Ric Lansing! Sam and Jason reconciled, but when she learned that Elizabeth’s son, Jake, was really Jason’s, she kept the secret, which caused them to split up again.

Sam briefly dated Lucky and started a private investigation agency with Spinelli. Jason and Sam began growing closer again, and he rescued her when she was kidnapped by Jerry Jacks. After nearly being killed by a car bomb meant for Brenda, Sam had surgery so she would be able to carry Jason’s baby. The couple was married in the garden of a Chinese restaurant, but on their honeymoon, Franco locked Jason in a room and supposedly raped Sam!

When Sam gave birth, Heather Webber and Todd Manning switched her baby with Téa Delgado’s stillborn infant, leaving her devastated. Jason figured out the truth and joined forces with Sam to bring home their son, who they named Daniel Edward. But tragically, Jason was soon shot and presumed dead after falling off the docks into the water.

Moving on with her life, Sam got mixed up in Lucy’s claims of vampires stalking Port Charles, and met Dr. Silas Clay, who helped treat her son when Danny was diagnosed with Leukemia. The search for a bone marrow donor led Sam to discover that her biological father was the presumed-dead mobster Julian Jerome — who turned out to be very much alive and posing as media mogul Derek Wells!

Sam began a relationship with Patrick Drake, but also befriended an amnesiac named “Jake Doe” who eventually was revealed to be Jason, brainwashed by Helena Cassadine and given reconstructive surgery following a car accident! Sam blasted Helena for keeping Jason from her, and the Cassadine matriarch cursed Sam before passing away. Realizing he couldn’t compete with her love for Jason, Patrick broke up with Sam. 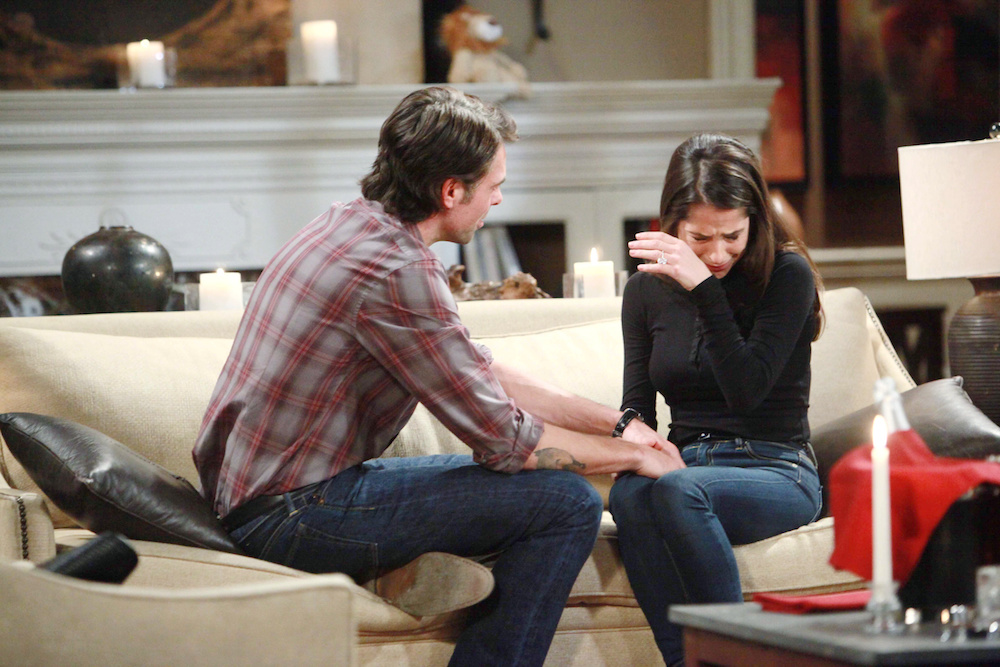 Wanting a fresh start, Sam and Jason divorced as he struggled to recover his memories. But once Jason remembered everything, their bond was stronger than ever, and Sam was delighted to learn she was pregnant again. The couple got engaged and tied the knot once more in the same garden where they had married previously.

Sam was kidnapped by Julian’s crazy sister, Olivia, and during her escape was seriously injured. Jason tracked down his wife, but she had already gone into labor and he was forced to help deliver their daughter, Emily Scout Morgan, right there in the freezing cold! Thankfully, everyone survived the ordeal, but things took a dangerous turn when Jason’s son, Jake, began behaving strangely and it was revealed that Helena had brainwashed the poor kid! 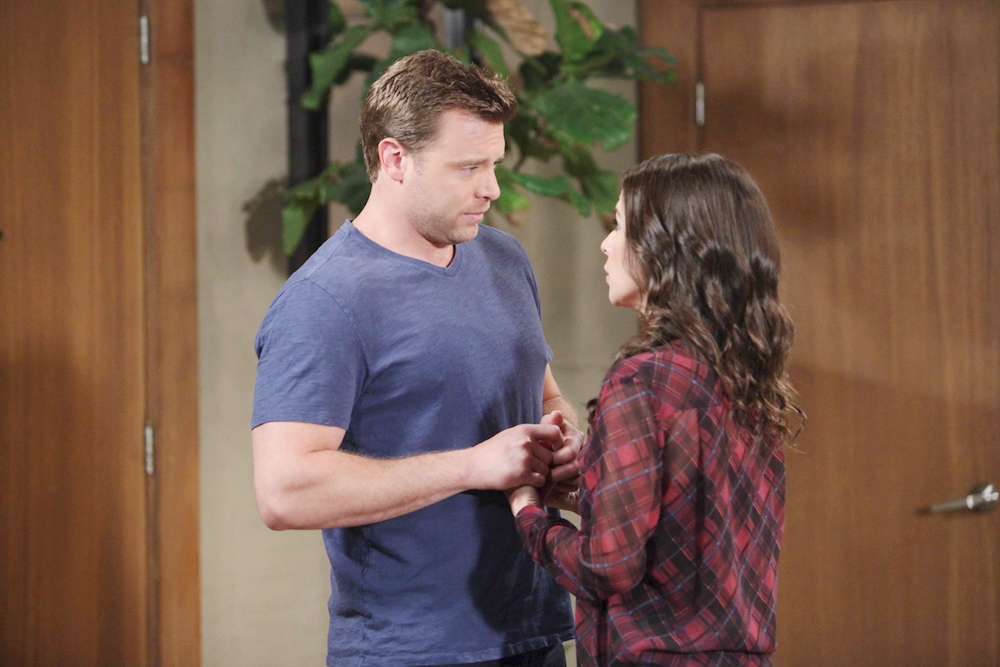 MUST SEE: The Truth About Jake’s Troubled Past!

Toxoplasmosis is treatable, but with Sam’s advanced case it could be a while before she’s back on her feet. And even worse, the disease can be transmitted to an unborn fetus if contracted by a pregnant woman, so it’s possible that Sam’s newborn daughter may be at risk as well. Stay tuned to find out who survives this ordeal!

Laura Wright Shared the Most Fabulous Family Photos From Their Italian Vacation!

Maurice Benard Shares the Secret to a Successful Marriage!

Vanessa Marcil Is Shopping for the Perfect Wedding Dress!