Last night, THE BOLD & THE BEAUTIFUL’s Karla Mosley (Maya) was given the honor of singing the National Anthem at Dodger Stadium! 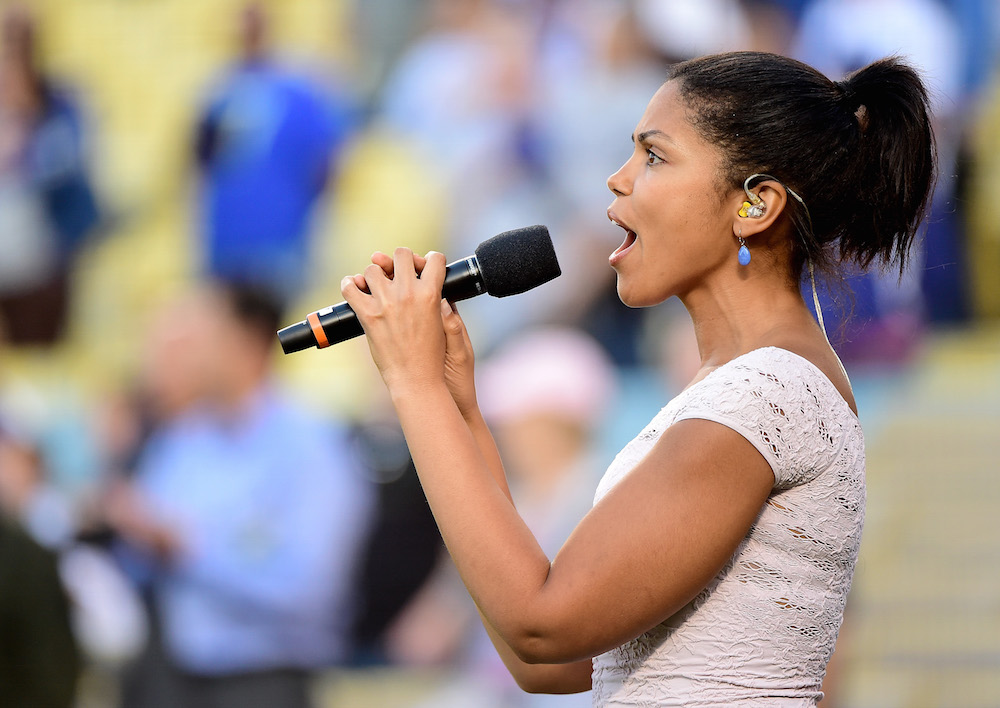 The actress was joined by cast and crew from B&B, including Pierson Fodé (Thomas), Reign Edwards (Nicole) and Darin Brooks (Wyatt). “Such a great time,” Mosley tweeted. “Grateful to sing on D-Day.”

Also in attendance was good friend Melissa Claire Egan (Chelsea, THE YOUNG & THE RESTLESS), who shared a video of part of Mosley’s amazing performance.

Brooks also shared a clip of his castmate’s rendition of the anthem, helpfully pointing out exactly where on the field Mosley was standing!

There were also quite a few photos from Mosley’s big evening shared on social media, which you can see by browsing through the gallery below!

For more on the stars of B&B, keep reading the CBS edition of Soaps In Depth magazine!