With the Abbott family drama reaching a fever pitch on THE YOUNG & THE RESTLESS, it was a great opportunity for actresses Beth Maitland (Traci) and Eileen Davidson (Ashley) to do a special Q&A session on Facebook with the fans to dish some backstage secrets, preview some twists and turns to come, and reveal how they get that perfect sisterly connection on screen. “We go back a long way,” Davidson said of her co-star, “so I think we have a natural rapport. We don’t have to work at it.” Maitland agreed, adding: “We have been through so much as people. We’ve gone through marriages and children and growing up. We’ve been through so much as friends, so as siblings on TV, you just automatically click in.” 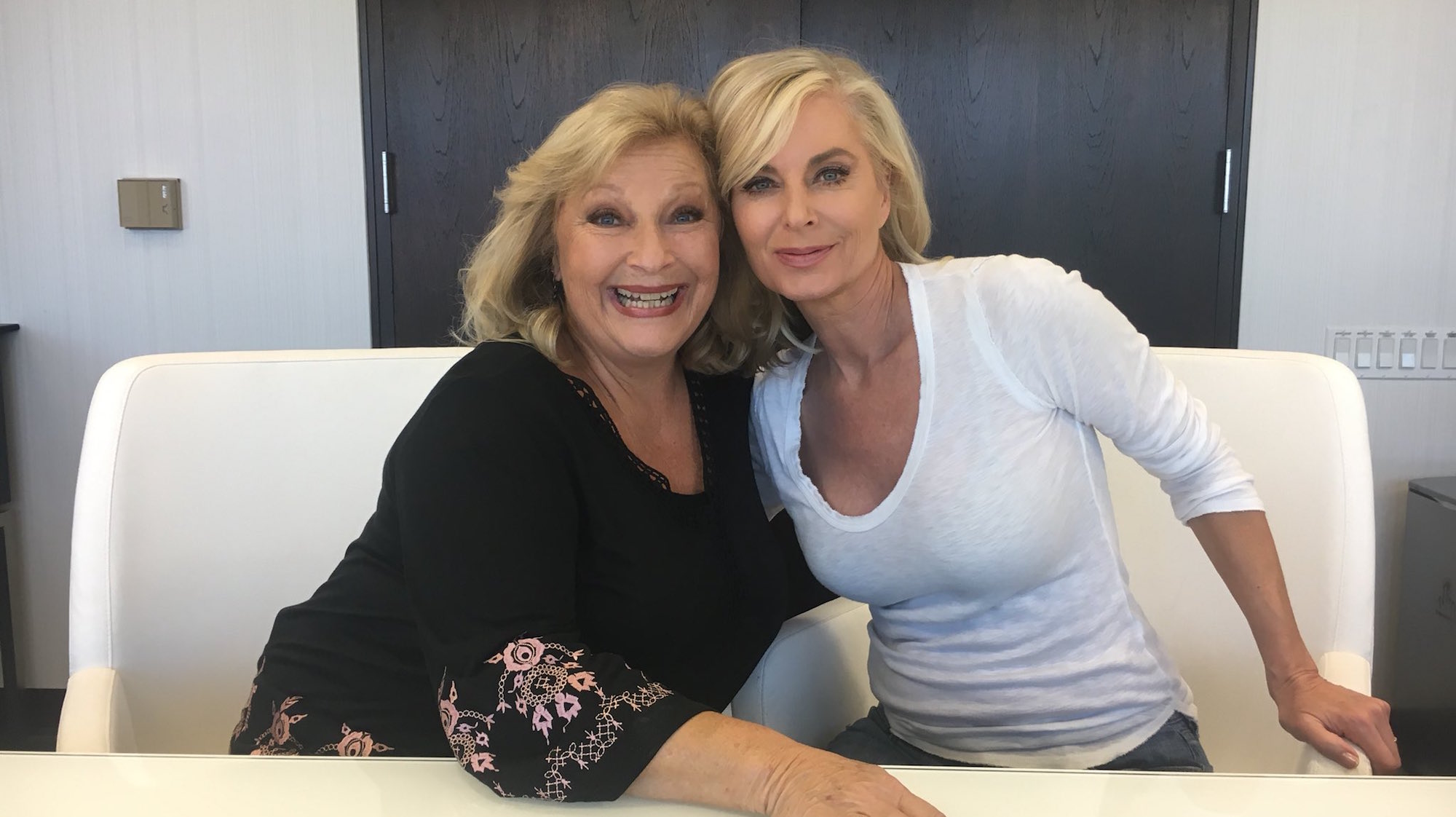 Maitland joined Y&R back in 1982 shortly before Davidson was cast on the soap, and both said that they were warmly welcomed into the Abbott clan by Jerry Douglas (ex-John) and the late Terry Lester, who was playing Jack at the time. “Even though we were actors playing family,” Davidson recalled, “it was really a family. A lot of socializing after work. A lot of going out to dinners and going to parties.”

And it’s that family connection that continued when Marla Adams recently returned as Dina Mergeron. “She’s just so adorable and she’s like a mother to all of us,” Maitland enthused. “My mother is no longer with us, so she’s the closest thing to a mom that I have. I stay with her when I’m in town when we’re shooting. I’m her favorite!” 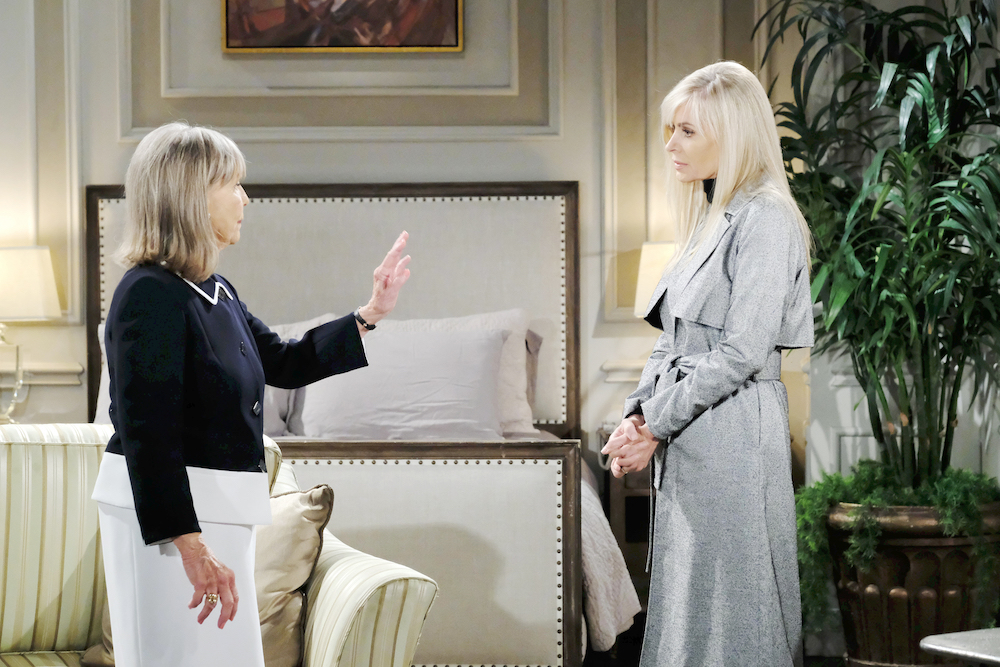 Davidson appreciates having Adams back to reprise the role not just because the character has sparked a fantastic storyline but because it uses the soap’s history to shape its future. “It’s given Ashley a chance to show a different side of herself, more of a vulnerable side,” the actress mused. “Personally, it’s just been great to have Marla back, the original actress because all that stuff you did way back when, it just kind of feeds it now.”

Because Maitland is only on recurring status with Y&R, she only returns occasionally when the story dictates, often appearing for brief visits during the holidays for family gatherings, a trend the star hopes will continue. “I love it,” Maitland declared. “Coming back to Genoa City for one episode or six episodes or whatever, it’s literally like coming home. I do not feel complete unless I’m here.”

But with all the family drama going on, it would be most unfortunate if the most calm and rational Abbott went anywhere! Ashley will definitely want to keep her sister close by for whatever might be coming next! “I haven’t gotten those scripts yet,” Davidson joked. “But keep tuning in. There are so many twists and turns that are coming up and you won’t even believe where this story goes as far as I know, and it goes even beyond that because they haven’t told me yet! But it’s gonna be good. It’s already been good and it’s just gonna get better!”

Check out some classic Abbott family photos from the past in the special flashback gallery below and see how some of the characters have changed over the years!