Congratulations to Justin Hartley (ex-Adam, THE YOUNG & THE RESTLESS) and his fiancée, Chrishell Stause (ex-Bethany, Y&R; Amanda, ALL MY CHILDREN), who just adopted two beautiful dogs from the Burbank Animal Shelter! “Rescuing two pups out of a cage they’ve been in for seven months is the best feeling in the world,” Stause tweeted.

Rescuing two pups out of a cage they've been in for 7 months is the best feeling in the world ❤️@justinhartley #AdoptDontShop pic.twitter.com/UmfdCduM4c

“We just adopted two older dogs that had to be adopted together with medical issues, neglected, matted and dirty,” Stause explained. “A Hollywood makeover awaits!” Hartley added, “We will post some before and after photos as soon as these two are camera ready.”

In the photo above, Hartley is holding the boy, Memphis, while Stause is cradling the smaller girl, Gracie. Their original names were Coco and Mimi, and were given to the shelter back in May because their former owner “didn’t want them anymore.” Apparently visitors were only interested in the younger pup, but because they were bonded they had to be adopted together, and therefore sat in the shelter waiting for seven months before Stause and Hartley gave them a wonderful new home!

The couple has made an appointment with the vet to have the dogs’ skin and eyes checked out, but they were able to give Gracie and Memphis the promised makeovers right away and as promised, Stause shared the before and after pictures! 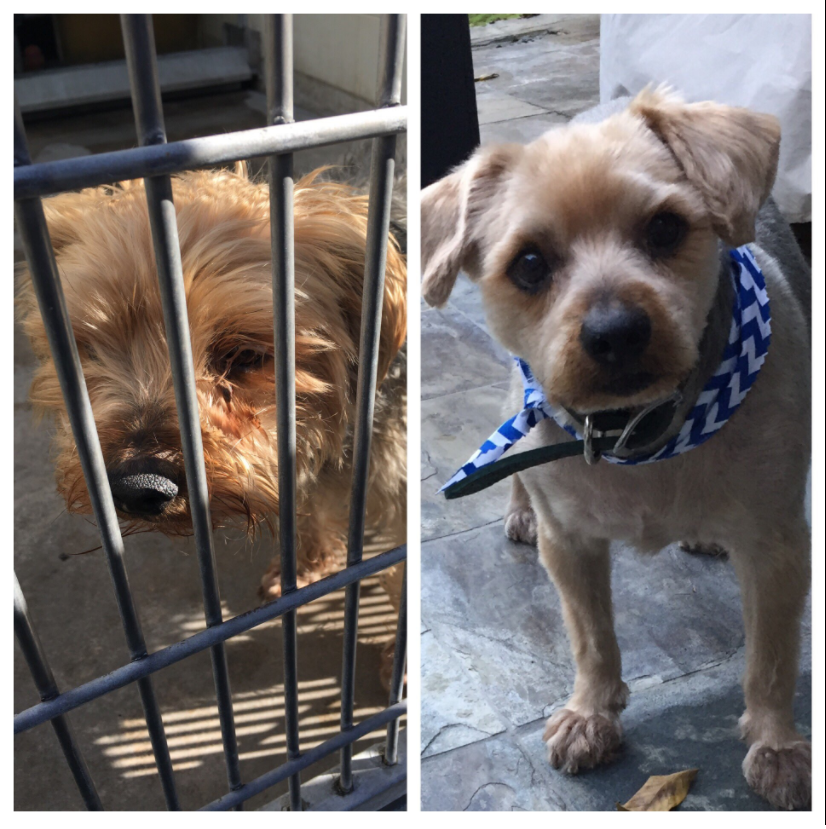 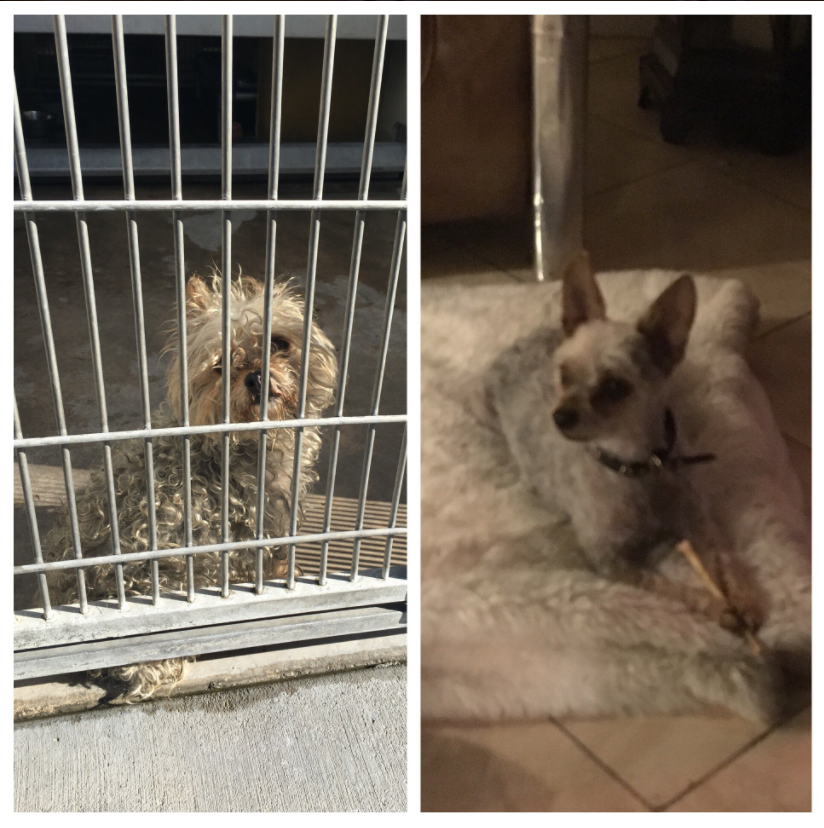 MUST SEE: Win a Trip to the Bahamas!

Stause has long been an advocate for “adopt don’t shop,” urging people to rescue pets in need of forever homes, and appearing at various charity events to support the cause.

Here are our rescue pooches after a nice cut and scrub! Gracie is on the top & Memphis on the bottom. Thank you @burbankanimalshelter @thevbas @susiesseniordogs for the work you do! ❤️ They are making themselves at home!

Memphis and Gracie are absolutely adorable, and we look forward to many, many more photos of the precious pups from their proud parents in the future! All the best to the happy family!

Relive Hartley and Stause’s life together before the new additions in the romantic gallery below!