Deidre Hall (Marlena, DAYS OF OUR LIVES) stars with Danica McKellar in the new Hallmark Channel movie, My Christmas Dream!

“I like Hallmark,” Hall tells Soaps In Depth. “You know, you turn on Hallmark and you know exactly what you’re going to get. It’s comfortable and it’s reliable and feel-good.” 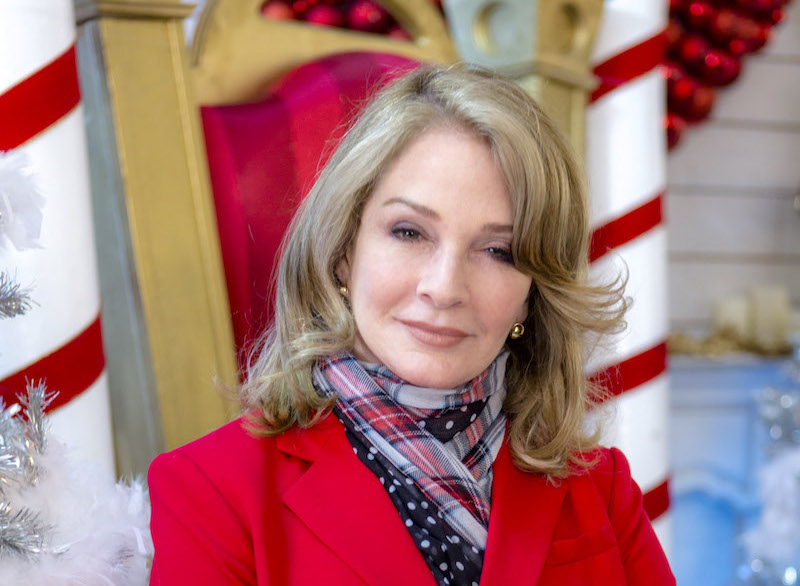 In this romantic holiday tale, THE WONDER YEARS’ McKellar plays Christina, who sets out to impress her boss (Hall) by creating the best seasonal display in the store’s history. Naturally, a romance complicates things, but we’re sure there will be a happy ending!

“It’s all life-sized,” Hall marvels of the display created for the movie. “They have a ballerina on top of a jack-in-the-box. There was a toy train… It was so spectacular.”

The soap legend also enjoyed working opposite McKellar. “She’s a consummate professional,” Hall declares. “I haven’t done a lot of one-camera work recently because I’ve been doing a lot of three- and four-camera work for 40 years. So if I had a moment where I was halting, I’d turn and say ‘Wait, wait, the reverse is which side?’ It was one of those things, and she was just great about it.”

My Christmas Dream premieres on the Hallmark Channel on Saturday, Nov. 19, at 8 p.m. ET but you can get a sneak preview in the special gallery below!

For more from Hall on her upcoming projects and what’s coming up for Marlena on DAYS, don’t miss her feature interviews in the new CBS and ABC editions of Soaps In Depth magazine, on sale now!