With the current casting upheaval going on over at GENERAL HOSPITAL, some fans of THE YOUNG & THE RESTLESS worried those changes could affect Genoa City! Rebcca Budig (Hayden) has confirmed that she’s leaving GH, and the soap also announced that Steve Burton (ex-Jason) is returning! This was sad news for Y&R fans who hoped that if he returned to daytime he’d be playing Dylan again.

But some viewers began to worry that although Jason Thompson has been happily playing Billy Abbott since January of 2016, GH would attempt to lure him back to Port Charles to reprise his role of Dr. Patrick Drake. And one fan sent a tweet to Y&R warning them not to let him go anywhere, making sure to tag executive producer Mal Young and head of CBS Daytime Angelica McDaniel.

Just know #YR that y'all lucky to have talent like Jason Thompson on ur show and y'all better not let him go ya hear @malyoung @AngelicaMcD pic.twitter.com/2BgBdExTmJ

This fan was also concerned because there was reportedly a survey sent out by Sony a while back asking for opinions on Thompson’s portrayal of Billy that got people worried about his future at the soap. But thankfully, McDaniel herself stepped in to reassure everyone.

“JT is incredible,” she tweeted, adding the hashtag “#notgoinganywhere.”

This is good news to fans who have taken to Thompson’s work as the newest Billy recast. Following a series of child actors, the role has been played by David tom, Ryan Brown, Scott Seymour, Billy Miller, and Burgess Jenkins before Thompson left GH to join Y&R and take over as the troubled Abbott heir. 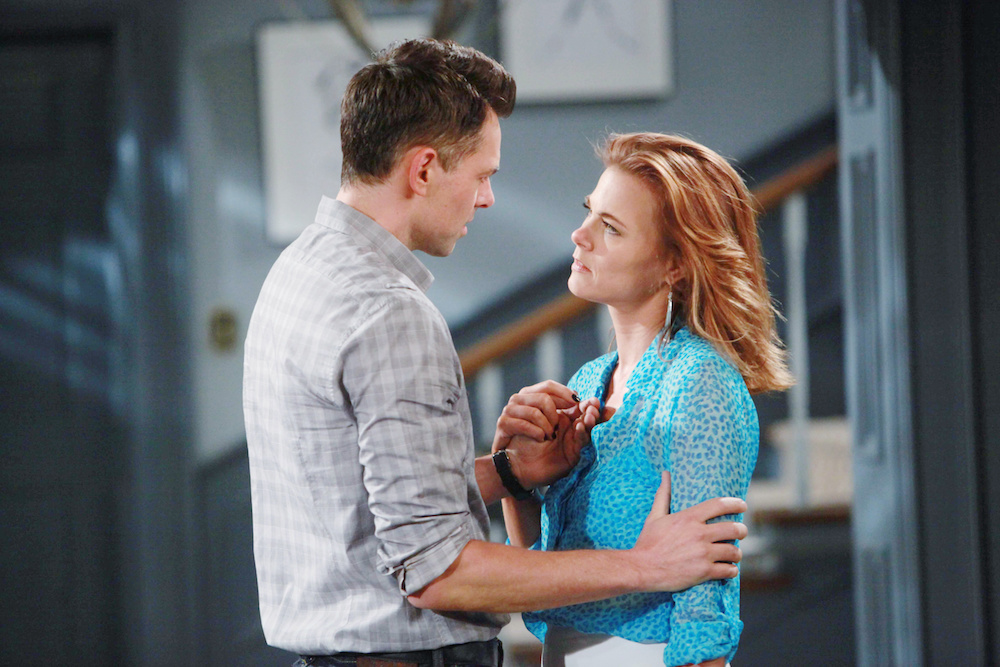 During his run, Thompson has portrayed Billy’s recovery from a near-death experience and his torrid affair with his brother’s wife, Phyllis that led to the pair falling passionately in love with each other. The actor has been nominated for Daytime Emmy Awards five times for his work on GH, so hopefully continuing to deliver incredible performances on Y&R will let him finally take home the gold!

Is Billy Going to Die on Y&R?

Who Is Y&R’s Graham Bloodworth?

Kristoff St. John Speaks Out for the First Time Since His Hospitalization