If you haven’t had a chance to watch the thrilling mini-series Ladies of the Lake, now’s your chance! Executive producers Michael Caruso and Kyle Lowder (ex-Brady, DAYS OF OUR LIVES) have announced that the series will now be available to stream on Amazon for free during the entire month of August, even if you don’t have a Prime account!

“Ladies of the Lake has exceeded all expectations on Amazon,” declared Lowder. “The numbers have been through the roof and we have trended multiple times over the course of several months on the platform. We were always hopeful the show would do well, but this has been beyond our wildest dreams, which is why we wanted to do something to make the show available to even more people.”

The four-part limited digital series is based on the novel by DAYS executive producer Ken Corday, and centers around the glamorous residents of the Southern California community of Avalon and the dark secrets they hide as their husbands meet tragic ends. Its cast is chock full of faces that will be very familiar to soap fans.

“The cool, underlying social aspect of it is that these wives start off with very superficial relationships,” Lowder previewed to Soaps In Depth shortly before the series’ debut in May of 2017. “They’re friends who like to dress up and have cocktail parties, but they don’t really know a lot about each other. It’s through their experiences with their husbands that they find this common bond and ultimately in the offing of their husbands that they’re really brought together.”

MUST SEE: Deidre Hall’s Twin Sister and Her Roles on DAYS 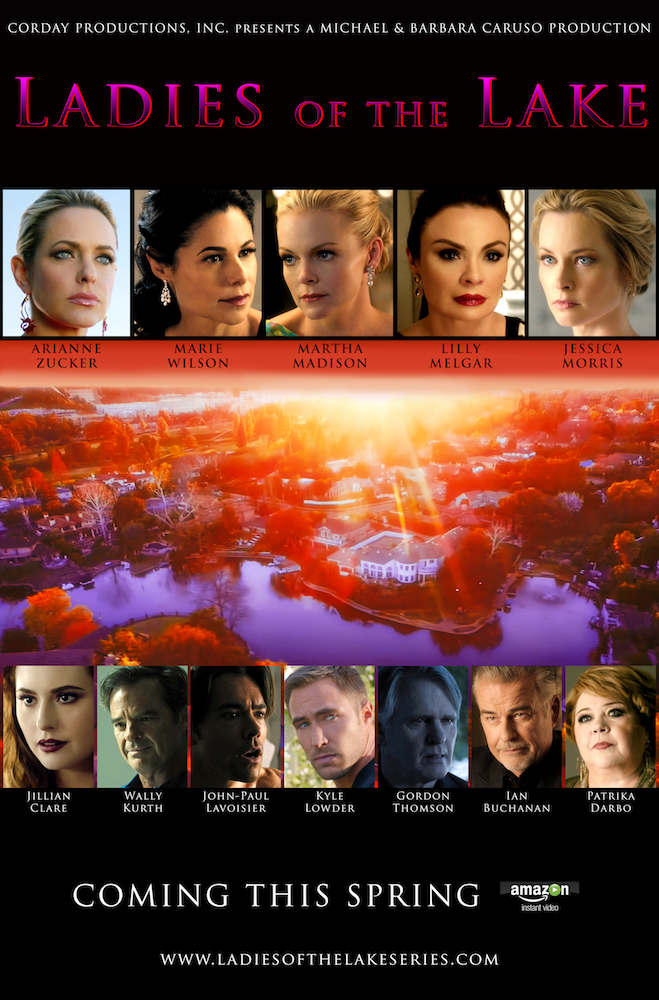 MUST SEE: See How the Cast of DAYS Has Changed Through the Years

Lowder couldn’t have been more thrilled with the casting of the nasty husbands of the Ladies of the Lake. “Wally Kurth found the perfect balance between being a despicable guy who’s cheating on his wife but you almost side with him,” he confides. “And Ian Buchanan, we knew he could be just deliciously evil on camera, but seriously, he’s like a James Bond villain! J.P. Lavoisier was just so hilariously disgusting you just want him to die immediately. It’s insane. And then Gordon Thomson just brings this perfect energy to this shipping tycoon character.”

All four episodes of the series will be free to watch on Amazon for the month of August, so you have no excuse to miss out on this exciting mystery!

More from Soaps In Depth:

Ian Buchanan Spills Secrets of His Return to B&B