The season finale of HOW TO GET AWAY WITH MURDER ended by setting up a new mystery: Who Is Gabriel Maddox? Well, soap fans will happily inform you that he’s played by actor Rome Flynn, who portrayed Zende Forrester on THE BOLD & THE BEAUTIFUL from 2015 -17. But as for details regarding this new character? “Now y’all know I’m not answering anything plot related,” Flynn joked on his Twitter while thanking fans of the primetime drama for the warm welcome. He also praised the show’s star, Viola Davis. “You are the epitome of class personified,” he declared. “You are inspiration. Thank you.”

Flynn’s character of Gabriel Maddox was introduced at the very end of the March 15 finale to set up the next season. While HOW TO GET AWAY WITH MURDER hasn’t technically been renewed for a fifth season, creator Pete Nowalk told The Wrap that he’s operating as if it has been and plotting out Gabriel’s part in the next storyline arc. “He’s cool. He’s mysterious. I’m excited,” Nowalk teased.

Gabriel was first seen as Charlie Weber’s Frank was at Middleton University where he overheard the young man giving his full name to someone at the law school. Frank then makes a call to warn someone: “Her kid’s here.” But who is Gabriel’s mother? “So that is a huge mystery,” Norwalk promised. “and we’re going to be giving hints about it all next season. I want people to get to know Gabriel before we know his origins.” 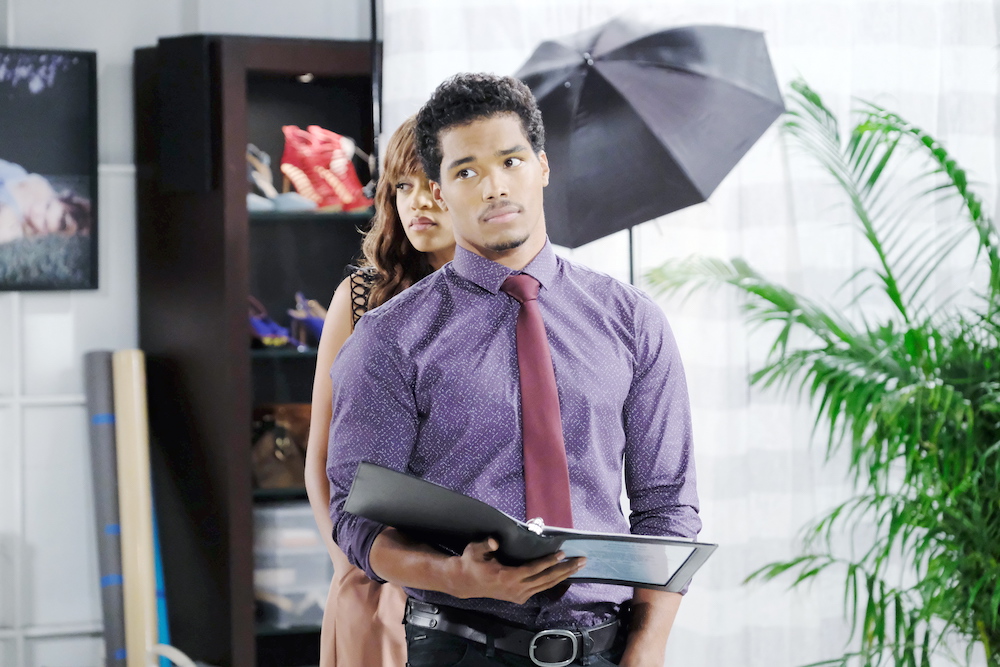 On B&B, Zende left to pursue his dreams of fashion design in Europe. (Photo Credit: ChrisD/jpistudios.com)

After leaving B&B, Flynn has landed roles in the films Ten and Tyler Perry’s A Medea Family Funeral, and now with his surprise appearance in the season finale, he’ll be starring in the fifth season of HOW TO GET AWAY WITH MURDER! So fans will definitely want to tune back in this fall when the series returns for another season of drama, mystery, and murder!

Who Shot Bill Spencer on B&B? — Here Are the Most Likely Suspects

Cast Your Vote for Who You Think Shot Bill