Bill wants to build his skyscraper, but first he has to destroy Spectra Fashions. And in these spoilers from THE BOLD & THE BEAUTIFUL, he vows to do just that, no matter what it takes! But just how far will he go to make his dream come true?

Brooke sits in Bill’s office watching her husband work with a smile on her face. “Tell Jared I want to see him before he leaves for Spectra’s exclusive ‘haute couture’ preview,” he barks into the phone. But would Brooke still be smiling if she knew about everything that Bill has done lately to bring Spectra down? And what he’s going to do next? Later, Bill looks longingly at the model of his skyscraper and declares that he’s not going to change his plans for anything. “We’re going to build her exactly where I said we would,” he vows. “And wipe Spectra off the face of the earth!”

MUST SEE: Rome Flynn Confirms He’s Leaving B&B and Shares a Special Message to His Fans 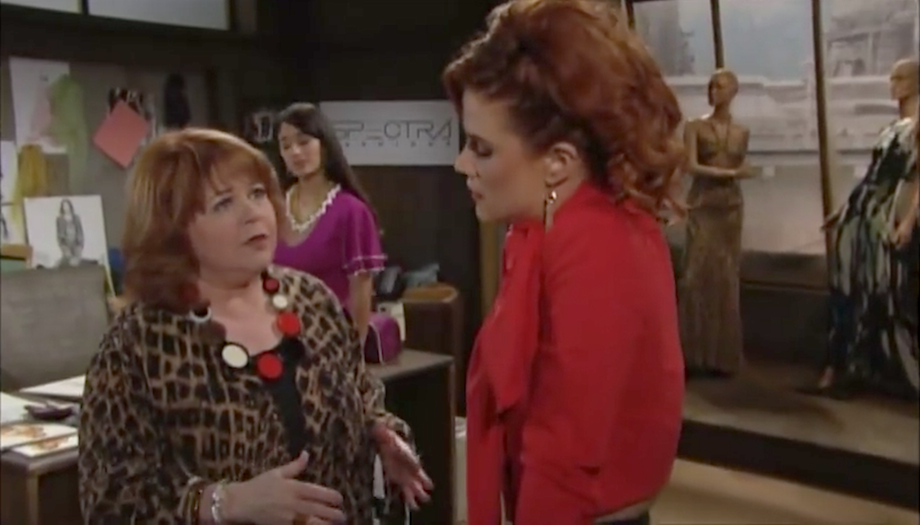 Shirley does her best to bring Sally out of her funk! (Photo Credit: CBS)

MUST SEE: Everything You Need to Know About James Warwick

Over at Spectra, Sally doesn’t look very confident in the designs that she’s produced without Thomas’ help for this new show. “This is the best work you have ever done!” insists Shirley, trying to boost her flagging spirits. “You are about to be a fashion force in this town!” Sally could probably get ahead in the industry if she had a fair chance, but Bill is going to do everything in his power to make sure that doesn’t happen!