Fans of THE BOLD & THE BEAUTIFUL have thrilled to the dramatic life of Bill Spencer on TV, but now they can get an inside look at the inspiring life of his portrayer, Don Diamont, with his new book My Seven Sons and How We Raised Each Other. (With the hilarious subtitle “They only drive me crazy 30% of the time.”) In the emotional tale, the actor chronicles the evolution of his blended family through marriage, divorce, the death of his sister, and another marriage.

“I was profoundly affected by the loss of my dad and my brother in my early twenties,” Diamont explained on THE TALK. “Almost one right after the other. And that was the whole male side of my family. And I have been profoundly rewarded by what was given back to me which is all these boys. And the point is that it doesn’t matter — half-brother, whole brother, biological, non-biological — it’s about what holds us together. Which is family. It’s not about what keeps us apart.” 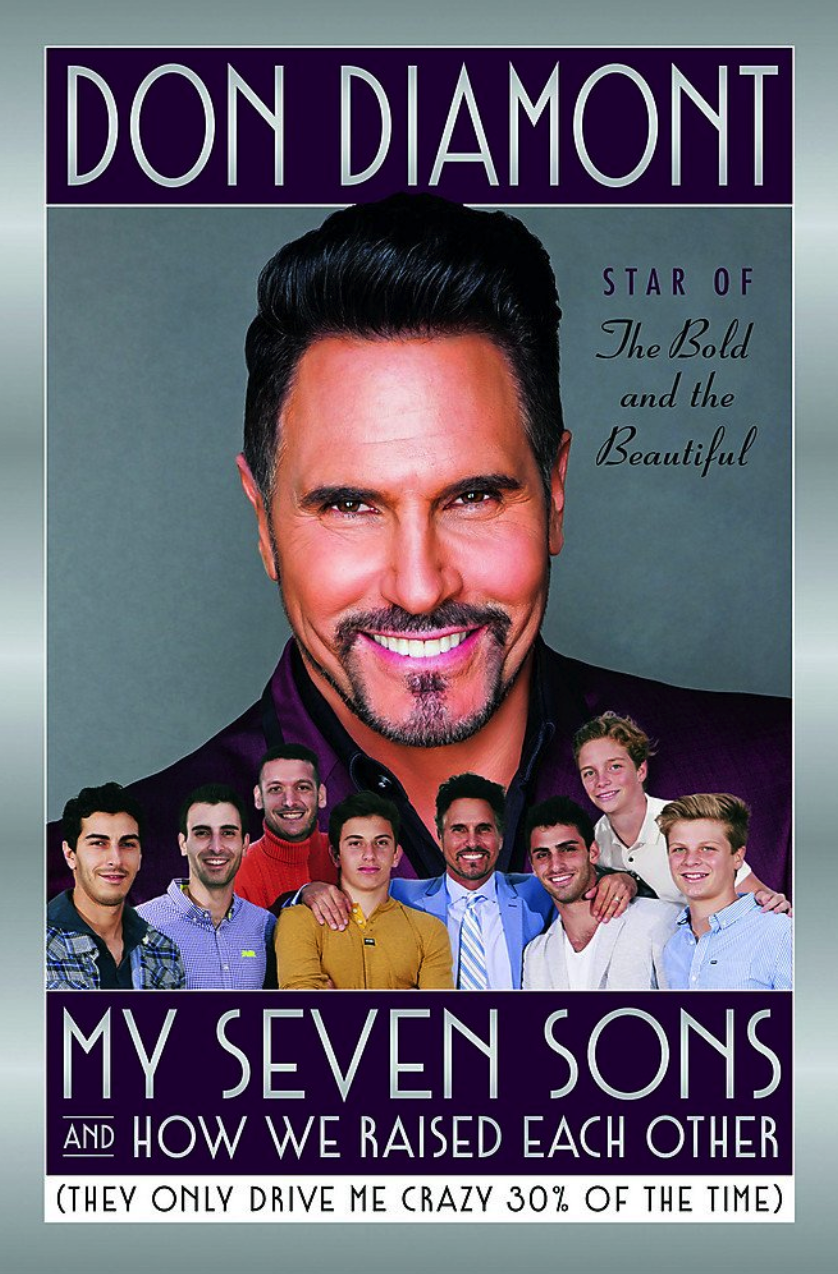 Diamont and his beautiful wife, Cindy Ambuehl, have done a bang-up job raising these seven boys into young men, and you can read all about how he taught them everything he knew while learning from them in exchange in My Seven Sons and How We Raised Each Other, now available in stores and on Amazon.com — just in time for Father’s Day!

“I hope they’ve learned something from me,” Diamont said of his sons. “I’ve certainly learned a lot from them.”