The last time THE BOLD & THE BEAUTIFUL viewers saw Felisha Cooper (Sasha) on screen, it was at Nicole and Zende’s wedding back in February of 2017. But the actress has been keeping busy, and fans can catch her in the new comedy series SWEDISH DICKS, premiering on Pop TV on Wednesday, Aug. 9, at 8 p.m. ET!

The series stars Peter Stormare (AMERICAN GODS, FARGO) as Ingmar, an aging stuntman, and Swedish comedian Johan Glans as Axel, a DJ who together form a pair of bumbling private detectives. The show will feature many familiar guest stars including Eric Roberts (ex-Vance, THE YOUNG & THE RESTLESS), Anthony LaPaglia, and Carolyn Hennesy (Diane, GENERAL HOSPITAL), with Keanu Reeves as a recurring character!

MUST SEE: Everything You Need to Know About B&B’s Maya!

Cooper plays Sarah, the daughter of Stormare’s character, and gets to show off her talent for comedy. “She’s a fast-talking, quick-witted lawyer,” the actress told Soaps In Depth. “She’s the kind of girl who is kicking ass and taking names, and is also like, ‘But I’m fabulous.’ So she’s pretty amazing. It’s kind of a dream job. If I’m a lawyer, I want to be the kind of lawyer who gets my nails done and wears Gucci shoes.”

Compared to Sasha’s relationship with her father, Julius, on B&B, Sarah and Ingmar are pretty much the opposite. “In both situations, Dad wasn’t there growing up,” Cooper mused. “On SWEDISH DICKS, I’m the apple of his eye and he always wants to be involved in my life, but I’m like ‘Dad, I don’t need you!’ Whereas Sasha grew up without her dad, but she’s like, ‘Dad, I need you more than I need air’ and he wants nothing to do with her.” 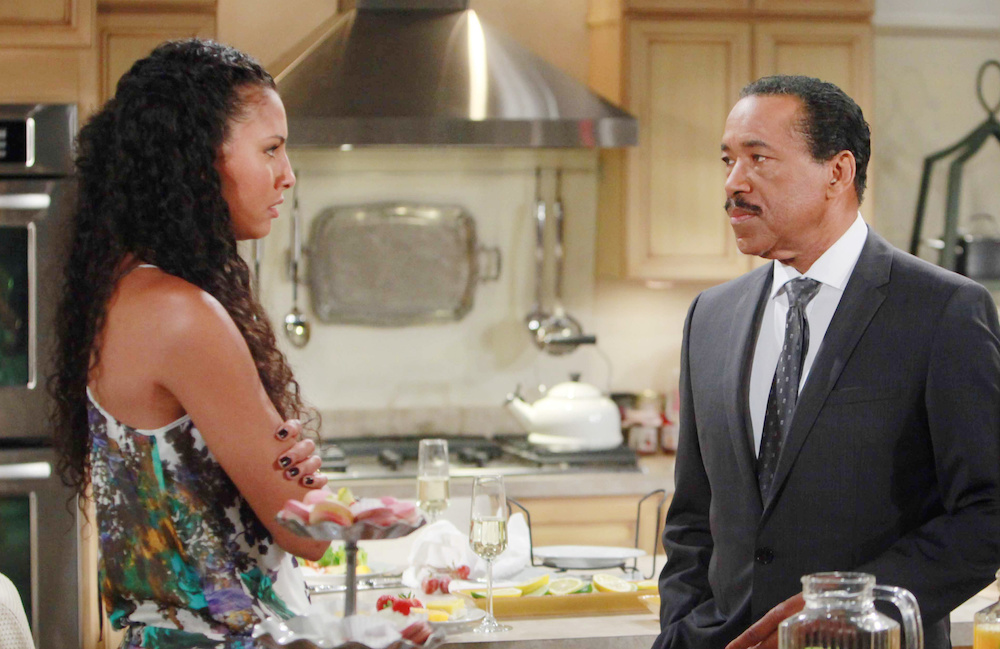 MUST SEE: Soap Star Studded Mini-Series Ladies of the Lake Free on Amazon For a Limited Time

So be sure to tune in to see Cooper in SWEDISH DICKS on Pop and stay tuned to B&B because you never know when Sasha might turn up again!