For Gilles Marini, taking a guest role on THE BOLD & THE BEAUTIFUL wasn’t just because his mother is a huge fan of the soap, but because it was where his career really took off! Back in 2007, Marini played the small role of a waiter, and he never forgot the experience.

“I felt so happy to have worked on the show 10-something years ago,” Marini confided to Soaps In Depth, “work my butt off in Hollywood to make something happen and then come full circle and come back to the place that gave me a chance when it was my first job. Those are the most meaningful jobs.” 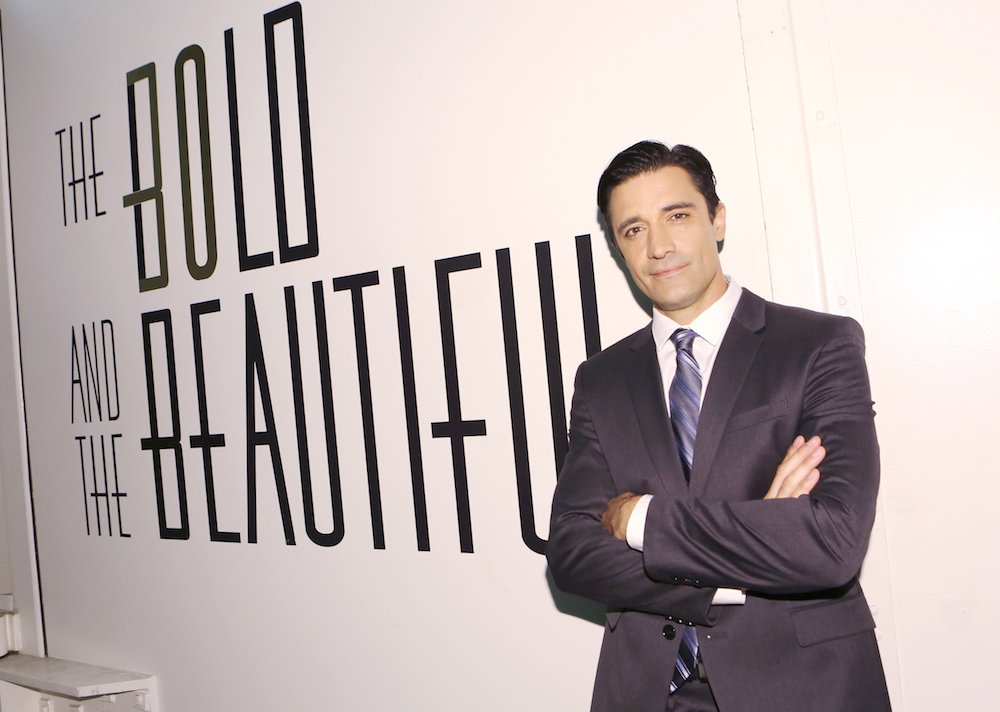 MUST SEE: Ian Buchanan Shares Details of His Surprise Return to B&B!

The French-American actor found fame with roles on the primetime series BROTHERS & SISTERS, DEVIOUS MAIDS, and SWITCHED AT BIRTH, as well as on the silver screen in the Sex and the City movie. But among all of Marini’s film and television roles, B&B will always hold a special place in his heart, which is why as soon as his manager mentioned the role, he agreed to do it sight unseen! “I didn’t even hesitate half a second,” he declared.

Unfortunately, while Marini’s scenes as a doctor will be taking place during the upcoming storyline in Monaco, he actually filmed at the B&B studio! “I’m from there!” he cried. “Believe it or not, the last day I was shooting B&B, most of the cast left the next day for Monaco.”

At the famous, most prestigious Hotel in #Cannes watching the sunset with my #Mommy #Carlton #HappySon #Bliss

MUST SEE: Rena Sofer Shares Beautiful Remembrance of Her Father on the Anniversary of His Death

Marini’s mother, Franca, who still lives in France, is a huge fan of the soap and was thrilled when her son landed that small role in 2007. “She couldn’t care less about any other role,” he revealed. “She has the picture of me doing my little thing on B&B 10 years ago and she’s still super proud and she talks about it to everyone.”

The actor also loves the entire genre of daytime drama. “Maybe sometimes the soaps may not understand what they bring to an enormous population of this world,” Marini admitted. “I’m serious when I say that a lot of people have hard lives and it’s an escape just to sit down and watch this unfold and feel like they’re part of a family. It makes their day easier. So I’m very appreciative that they bring happiness to millions and millions of people through their drama.”

Of course, because France is behind the US, Marini’s mother won’t be able to watch her son for a few years! “My mom is so excited,” he declared. “She thinks she’ll be able to see the show with me on it four years from now. She says ‘We are so late in France!’ So I told her I’d make sure I get her a tape!”

Everything You Need to Know About Caroline Spencer!