Even though his birthday was actually on Sept. 10, THE BOLD & THE BEAUTIFUL star Jacob Young (Rick) is going to be holding a very special birthday bash on Wednesday, Sept. 20, at The Showroom at South Point in Las Vegas! He’ll be performing a special show with singer/songwriter Vanessa LeGrand, and you won’t want to miss it!

“I wanted to still stay with that theme even though it’s a few weeks after my birthday,” Young tells Soaps In Depth. “But everybody who’s lucky enough to be there, it’s going to be a really great time. There will be giveaways, there will be a meet and greet. It’s in a beautiful showroom with a gorgeous million dollar LED screen as the backdrop that can be programmed any which way. It’s just going to be a great time. So it’s a ‘belated’ birthday bash.” 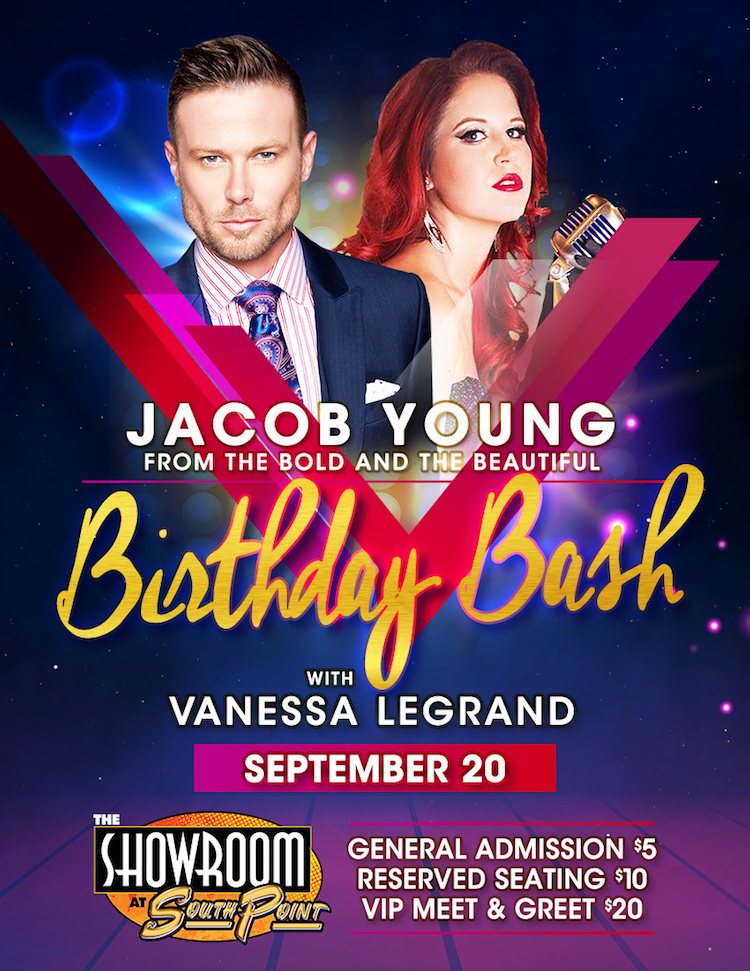 The actor/musician got his “feet wet” with his gig at the Tropicana back in March and says that “when you start branding yourself in Vegas, then other places are interested. Vanessa LeGrand is one of their artists that’s been performing there for some time. They’ve been grooming her to perform in the showroom and they’ve been wanting somebody to perform with her.”

The two artists will share the stage, performing both separately and together during the show. “Vanessa is an amazingly talented singer,” Young enthuses. “We’re doing country, we’re doing rock, pop songs, and a few songs that are a bit older. We got to test it out for the first time with an impromptu thing in their lounge, just to see if we had chemistry and could make it work. We rehearsed it and the audience was awesome. They responded super well to it. They have a very loyal audience there, so I expect to see that room full!”

Tickets for the special “belated” birthday bash are only $5 for general admission, $10 for reserved seating, and $20 for the VIP meet and greet! For more information and to purchase tickets for yourself, just click here! And for more on your favorite B&B stars, keep reading the CBS edition of Soaps In Depth magazine!