Nobody really seems all that upset that Bill could die in these spoilers from THE BOLD & THE BEAUTIFUL, which is having the added effect of making those people look extra guilty! One of those people who wish that Dollar Bill would cash in permanently was the one who pulled the trigger, but who?

The morning after the shooting, Eric wakes his wife with the (not-so) bad news. “Bill was shot last night,” he reports as she takes a sip from her coffee mug while still laying in bed. She just stares back at him, and it’s hard to read her expression. There doesn’t seem to be much surprise on her face, but there is definitely a little bit of pleasure in her eyes!

Ridge isn’t really unhappy that something horrible could happen to Bill Spencer and is happy that it could take him out of Steffy’s orbit finally. “He doesn’t get to obsess about her anymore,” he growls. Ridge was determined to protect his daughter from Bill, but how far would he go to make that happen? 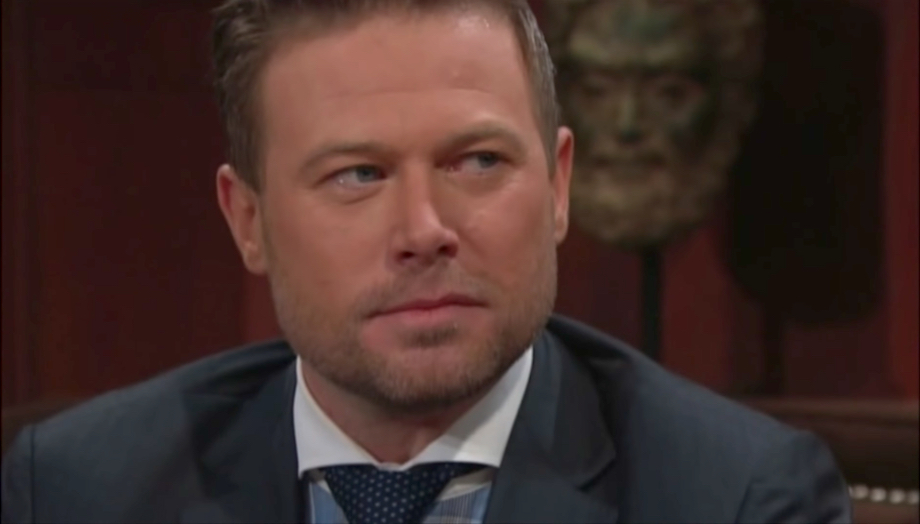 Rick is happy to hear that Bill could die! (Photo Credit: CBS)

Many people were upset with Bill for his recent actions, but Rick has been holding a grudge against the guy for a long time, recalling how he outed Maya as transgender back in the day. So he’s definitely not unhappy to hear that someone put a bullet in Bill’s back. “There’s a special place in hell for Bill Spencer,” he smiles. “And the sooner he gets there, the better.” But was Rick the one to push him along?

Vote on Who You Think Shot Bill Spencer!

Who Shot Bill? — We Run Down the Most Likely Suspects!