Bill makes a bad situation so much worse in these spoilers from THE BOLD & THE BEAUTIFUL as Steffy warns Sally she’s out of her league. It looks like Katie and Wyatt are the only ones who are truly happy right now!

Liam confronts his father and demands to know: “Is Caroline really dying?” But despite letting some people in on his lie, Bill decides to keep Liam in the dark! “I would never take advantage of something so tragic,” he insists… although his grin basically screams “liar!” Will Liam let him get away with this or blow the entire awful scheme right out of the water? 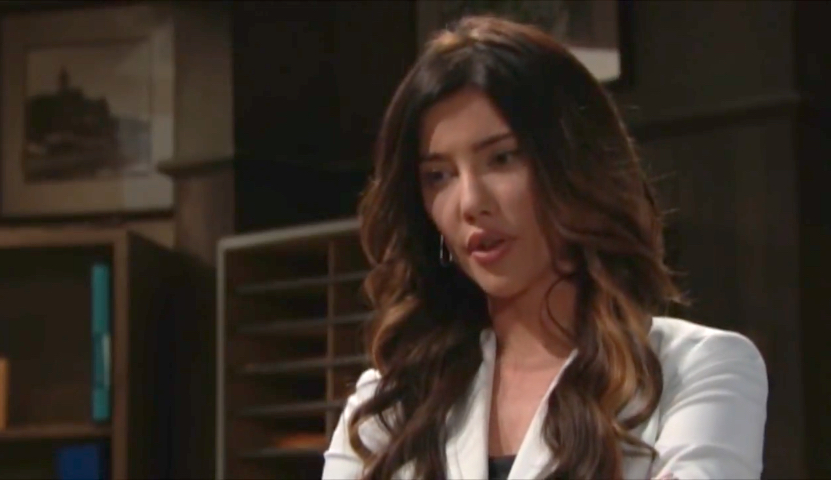 MUST SEE: What Happened to Taylor on B&B?

Sally swings by the Spectra Fashions studio to twist the knife in a little deeper, reminding Sally that she would already be out of business if it weren’t for Thomas, and he is nowhere to be found right now. “You know, Spectra’s shelf life won’t last long without my brother,” she taunts. “Especially with an upcoming showing.” But Sally refuses to buckle under to The Princess. “I know you think I’m a no-talent hack,” the redhead argues, “but your brother doesn’t.”

Over at Forrester, Katie and Wyatt are still reveling in their new relationship and the thrill of keeping it secret from everyone around them. “Why do I get the feeling,” she says with a flirty grin, “that you were one of those kids that wanted to open his presents as early as humanly possible?” But how long can this happiness possibly last?

Everything You Need to Know About Maya Avant Forrester

Ian Buchanan Reveals Details of His Surprising Return to B&B