Bill has regained consciousness after his shooting, and accusing Ridge looks like only his first step towards revenge in these spoilers from THE BOLD & THE BEAUTIFUL. And Steffy continues trying to make things right with Liam, but at this point, their marriage may be a lost cause!

After being shot in the back, things looked dire for Bill Spencer, but the mogul eventually woke up and was able to name “Forrester” as the one who put a bullet in his back. But now that he’s able to speak full sentences, it’s clear that he’s not going to stop there when it comes to paying back those who have wronged him! “It takes more than a bullet from Forrester to take out Dollar Bill Spencer,” he vows from his hospital bed. Once he gets his strength back, Bill will stop at nothing to get his revenge! 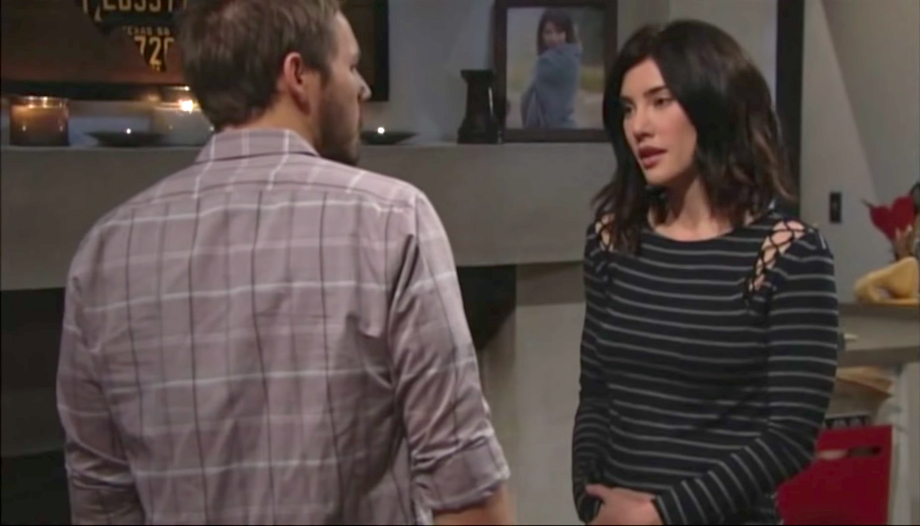 Steffy’s got some explaining to do! (Photo Credit: CBS)

Steffy continues to apologize to Liam for not informing him that Bill had proposed to her. “I was gonna tell you that night,” she insists, “but then we got the call about the shooting and we left for the hospital and we found out your father was barely alive.” But what Steffy doesn’t realize is that Liam was outside of the house looking in the window and witnessed the whole shocking proposal with his own two eyes! Could that have been enough to send Liam over the edge and put a bullet in his father’s back?

All of the 2018 Daytime Emmy Nominees