Thanks to some convenient blackmail, Sheila has James under her thumb, but in these spoilers from THE BOLD & THE BEAUTIFUL, Brooke isn’t falling for any of it! Plus, Katie and Wyatt’s secret affair may be exposed!

Despite James’ insistence that Sheila still needs more time to recover from her concussion, Brooke is skeptical. “Is Sheila really that impaired that she has to stay here?” Brooke asks the doctor. “In Eric’s home?” After putting Brooke off again, James returns to Sheila to warn her that this crazy scheme of hers has no chance of succeeding. “Do you honestly think the Forresters, let alone Eric, are going to let you back into their lives?” he wonders.

Brooke returns to Eric’s side to warn him to keep his eyes open where Sheila is concerned. “We can’t forget everything she’s done,” she reminds her ex-husband. “She can’t be trusted. Ever. Is Eric blinded by his guilt or will he come to realize that the best place for Sheila is far, far away from all of them?

MUST SEE: Everything You Need to Know About B&B’s James Warwick 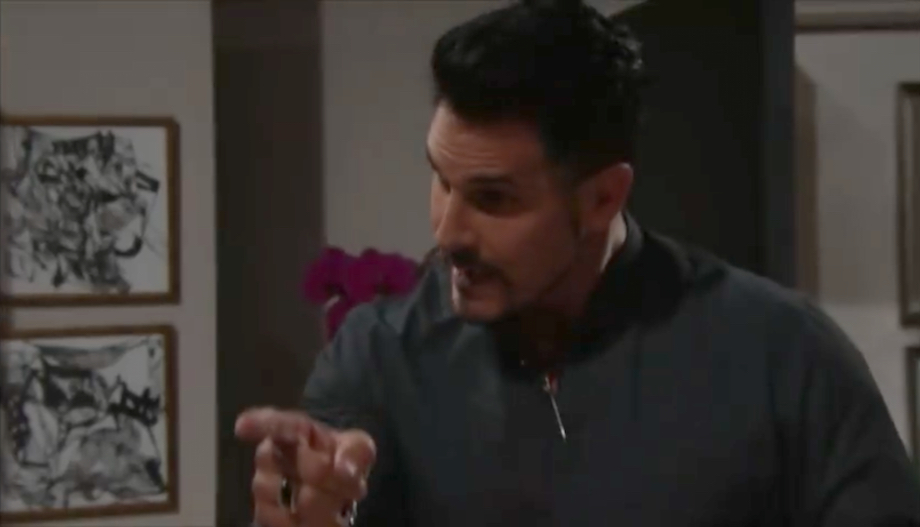 Bill will be shocked to learn who Katie is sleeping with now! (Photo Credit: CBS)

MUST SEE: Rome Flynn Confirms His Exit from B&B and Shares a Message With Fans

Katie and Wyatt took their relationship to the next level by making love for the first time, but they may not be able to keep things a secret for very long. In fact, Bill could be on the verge of discovering that his ex-wife and his son are having an affair! “Is there a man in there?” he asks her, shocked. How long can this relationship be kept under wraps?

Felisha Cooper Tells Us All About Her Hilarious New Role!