Caroline is back in Los Angeles and in these spoilers from THE BOLD & THE BEAUTIFUL, it looks as though she’s going to finish Bill off for good! And outside his father’s hospital room, Liam vows to find out who shot him… maybe he should just open the door? Did Caroline do it?

Caroline slipped into Bill’s hospital room and pulled on a pair of gloves before railing at him for ruining her life. Is she planning on pulling the plug on his life support and not leaving any prints? “You have no idea the pain that you’ve caused!” she hisses through clenched teeth. Since Bill was the one who convinced her to pretend to be dying in order to get Thomas to leave Sally for her, she’s got every reason to hate the guy. But has she been in town for a little while now? Like, long enough to have been the one to put a bullet in his back the other day? 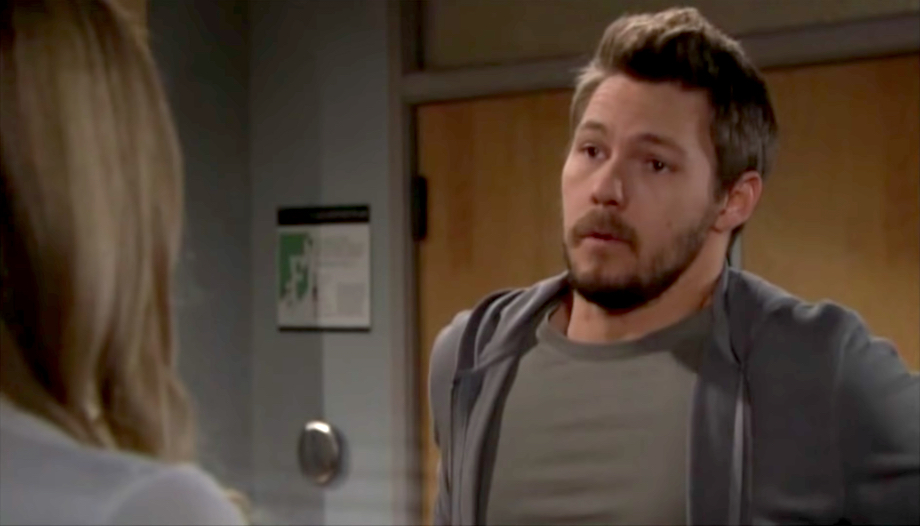 Liam could be closer to his father’s shooter than he realizes! (Photo Credit: CBS)

Out in the hospital waiting area, Liam seems to have put his differences with his father aside and confides to Hope that he’ll stop at nothing to figure out who tried to kill Bill. “Somebody put him in that hospital bed,” he sighs. “And I wanna know who it was.” Perhaps it’s his niece who is in there looking like she wants to pull the plug on her uncle?

Over at Forrester, Thomas explains the shocking truth behind Bill’s manipulation to get him away from Sally and move to New York with Caroline. “He’s the one that told me she was dying,” he reveals. But at this point, is anyone really going to be surprised by how low Bill will go to get what he wants?

Here Are the Prime Suspects in the “Who Shot Bill” Mystery!

Think You’ve Cracked the Case? Vote on Who You Think Shot Bill in Our Special Poll