As the mystery of who really shot Bill deepens in these spoilers from THE BOLD & THE BEAUTIFUL, the truth could be more shocking than anyone could have imagined. Quinn protests her innocence even as Liam suspects his own guilt!

Ridge may have been arrested for attempting to kill Bill Spencer, but Brooke knows her husband is innocent and cautions that Bill is still in jeopardy — and he may not be the only one. “The person who pulled that trigger is still out there,” she warns. “And they’re still dangerous!” Meanwhile, Liam continues to have flashes of memories of the night that his father was shot, and is beginning to fear that he was the one who put a bullet in Bill’s back! “What the hell is happening to me?” he cries as he stares at his reflection in a mirror. It’s almost as if he doesn’t even recognize the man staring back at him. Could he really have tried to kill his own father and blocked out the memory? 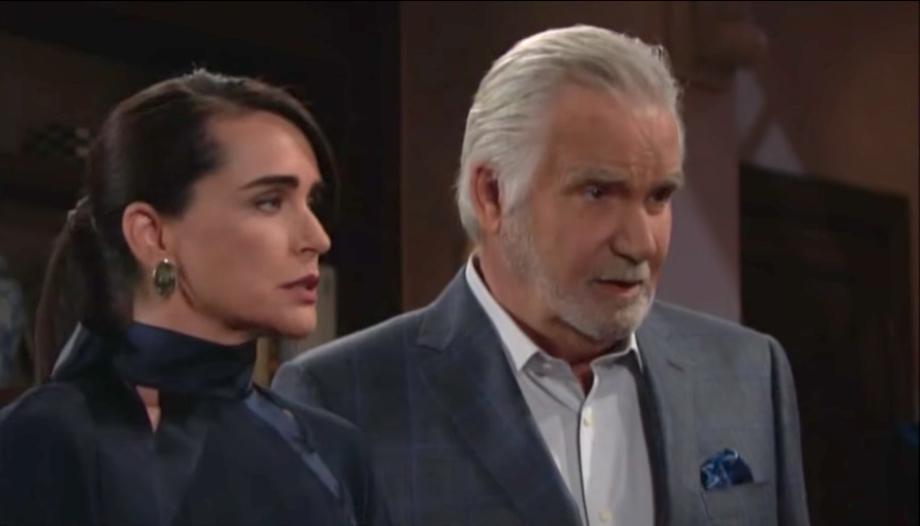 Detective Sanchez continues to question the suspects in the investigation, and given how many people wanted to see Bill pay, it’s taking quite a while! He’s currently investigating Quinn, who is deeply offended that anyone would think her capable of such a thing. “I just want to say that I resent you making me feel like I’m a suspect,” she declares, annoyed. Eric jumps in to add: “So do I.” But given Quinn’s… questionable acts in the past, is it any wonder she’s a prime suspect?

Don’t miss this tease for today’s revealing episode, and for more B&B previews, keep reading the CBS edition of Soaps In Depth magazine!

What Happened to Liam on B&B?