Bill has been felled by a mysterious assailant, and in these spoilers from THE BOLD & THE BEAUTIFUL, there is no shortage of suspects. But which of the many people who hated him actually hated him enough to put a bullet in the guy’s back?

After Quinn’s angry rants about Bill, Eric fears the worst when she goes missing for a time. “I don’t know where you are,” he says into the phone, leaving his wife a frantic message. “And I’m starting to get worried.” Because Quinn is on the rampage and when she gets angry, it’s best to stay out of her way! “I have never hated anyone more than I’ve hated Bill Spencer!” she yells. She pushed Deacon off a cliff back in the day, so pulling the trigger on Bill would be child’s play for her! 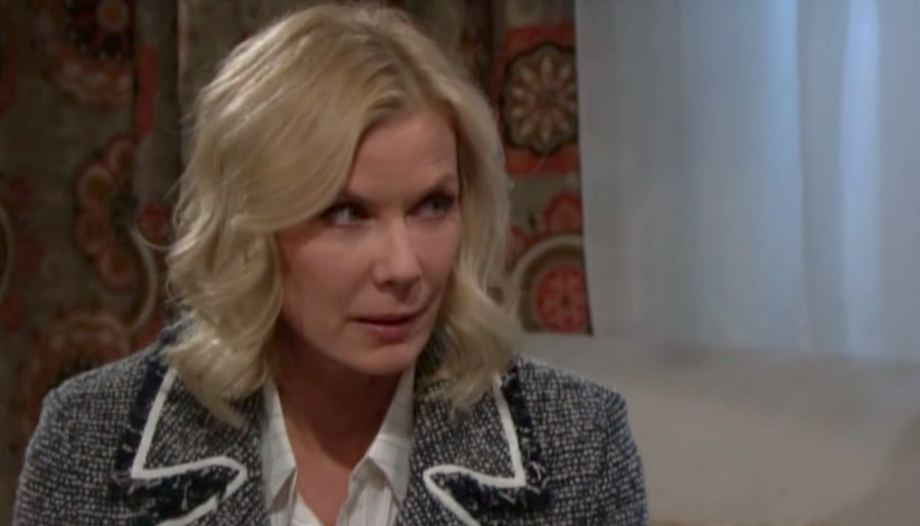 Brooke worries about what Ridge might be capable of when it comes to stopping Bill! (Photo Credit: CBS)

Bill has riled up quite a lot of people, including Brooke, but she seems to be mostly concerned with how all this drama has affected her own husband. And as she chats with someone about the situation and the secrets that are being kept, she admits: “I just worry about how Ridge would react if he were to find out. He hates Bill.” But enough to try to kill him? Considering how many enemies Dollar Bill has made lately, pretty much everyone is a suspect!

Who Shot Bill on B&B? — Here Are the Most Likely Suspects!

Don Diamont Competing on the Italian DANCING WITH THE STARS

All the Stars up for Daytime Emmy Award Nominations This Year